Contact with nature, even in the form of a natural lawn carpet that replicates the undergrowth, strengthens the immune system of children in a Finnish study. 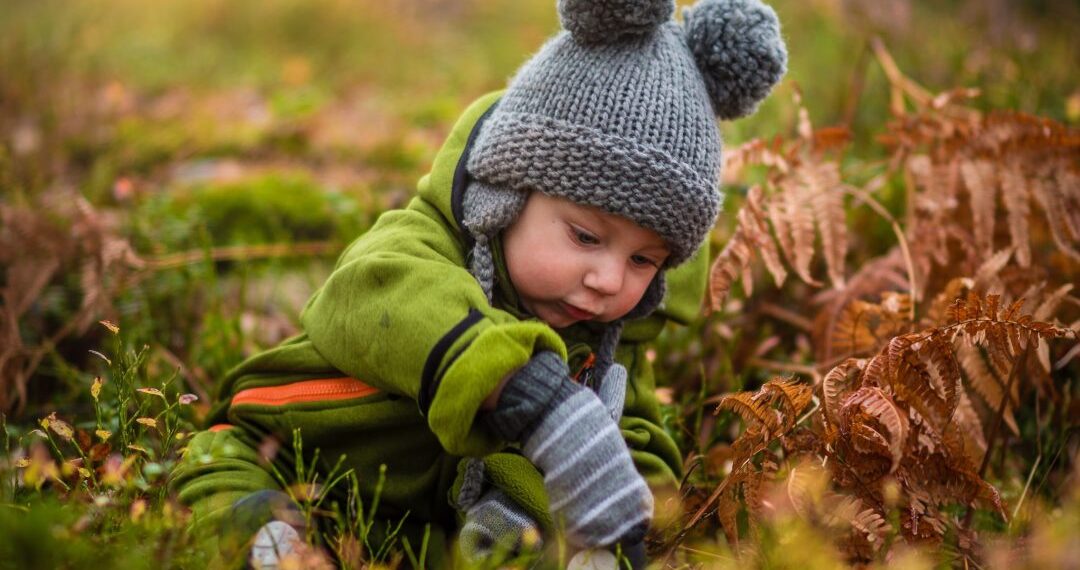 Playing in the green of the undergrowth of a mini forest for just one month may be enough to change a baby's immune system, according to a small new experiment.

One day nurseries in Finland rolled out a lawn. What am I saying: a carpet in the forest (a real undergrowth with plants such as dwarf heather and blueberries) and they allowed the children to play with it.

The little ones were able to take care of the lawn and arrange the berries in flower boxes. Result? In a short time the intestinal microbiota and on the children's skin appeared healthier.

Compared to other city children playing in urban nurseries paved with linoleum, parquet, gravel, tile and carpet, the immune systems of 3-, 4-, and 5-year-olds in these nurseries in Finland showed an increase in T-cells and other marker factors in the blood after as little as 28 days.

Previous research has shown that early green space exposure is somehow linked to a well-functioning immune system, but it is still unclear whether this relationship is causal or not.

The experiment in Finland is the first to explicitly manipulate a child's urban environment and thus to test for changes in his microbiome and, in turn, his immune system.

While the findings don't contain all the answers they support a main idea, which is that a change in environmental microbes can relatively easily affect a well-established microbiome in children, helping their immune systems.

The hypothesis of biodiversity

The idea that an environment rich in living things impacts our immune system is known as the "biodiversity hypothesis". Based on this hypothesis, the recent increase in immune diseases may be partly due to the loss of biodiversity in urban areas.

"The results of this study support the biodiversity hypothesis and the concept that low biodiversity in the modern environment can lead to an uneducated immune system that is more prone to immune-mediated disease," the authors write.

Carpet in the forest and the immune system of children: the study

The Finnish research compared environmental microbes found in the courtyards of 10 different urban daycare centers that care for a total of 75 children between the ages of 3 and 5.

Some of these nurseries contained standard urban courtyards with concrete and gravel, others took the children out for daily time in nature, and four had their own backyards set up with grass carpets and forest undergrowth.

Over the previous 28 days, the children of these last four kindergartens have had time to play in their new playground five times a week.

When the researchers tested their skin and gut microbiota before and after the experiment, they found better results than the first group of children who played in nurseries with less vegetation for the same amount of time.

The key factor? The diversity

Despite the short duration of the study, the researchers found that microbes on the skin and intestines of children who regularly played in green spaces had increased in diversity, a trait that is linked to an overall healthier immune system.

Among the children who went out to play in the earth, in the grass and in the trees, the rise of a microbe called gammaproteobacteria appeared to increase the immune defenses of the skin, as well as increase the useful immune secretions in the blood and reduce the interleukin content. 17A, which is linked to immune transmitted diseases.

This supports the hypothesis that contact with nature prevents immune system disorders, such as autoimmune diseases and allergies.

Green is good for the immune system. Did you have doubts?

The results are not conclusive and will need to be verified among larger studies around the world. However, the benefits of green spaces seem to go beyond our immune systems.

Research shows that going out is also good for the sight of a child and is linked to better mental health as well. Some recent studies have even shown that green spaces are linked to structural changes in children's brains.

What is driving these incredible results? It is still not clear. Given the complexities of the real world, it is really difficult to control all the environmental factors that affect our health.

Sure, children who live in contact with nature tend to have fewer cases of asthma and allergies, but the available literature on the link between green spaces and these immune disorders is inconsistent.

Current research has a small sample size, has only found one correlation, and cannot explain what the children were doing outside daycare hours. The positive changes observed, however, are enough for scientists in Finland to offer some advice.

"It would be better if the kids could play in the puddles and everyone could dig organic soil," he says Aki Sinkkonen, also from the University of Helsinki.

"We could take our children to nature five times a week to make an impact on microbiota and on the immune system ".

The changes are simple, the harms are low, and the potential benefits are widespread.

The bond of children with nature is also positive for the future of our planet's ecosystems. Studies show that children who spend time outdoors are more likely to love the environment as adults and in a rapidly changing world, this is more important than ever.

The study on the immune system of Finnish children was published in Science Advances.