Why Christmas decorations in Saudi Arabia are epochal news

Simple Christmas decorations in the shops of Riyadh in Saudi Arabia tell us something that goes far beyond the mere symbol. 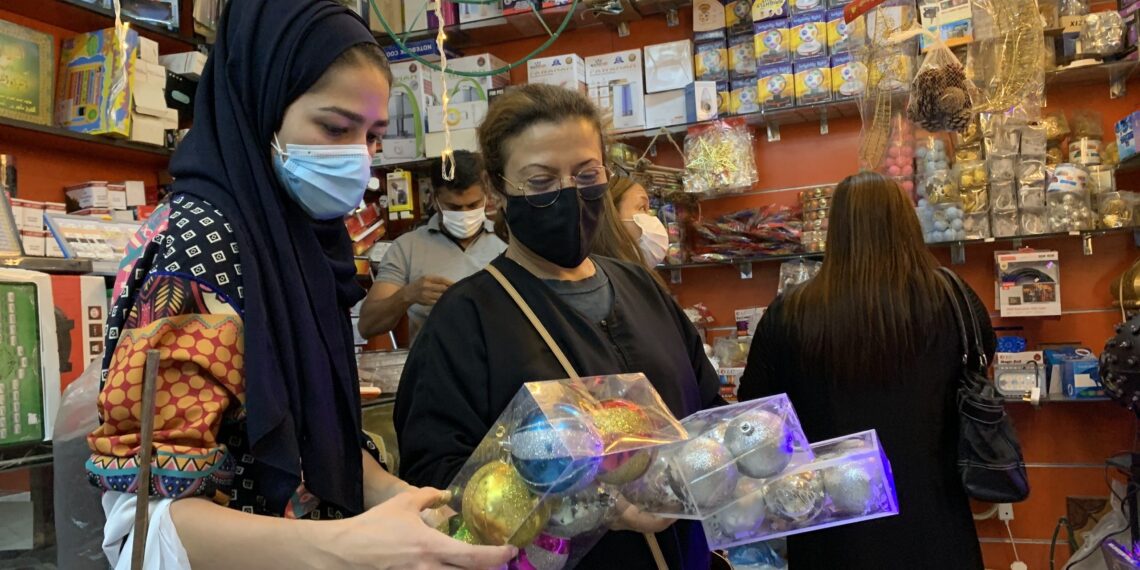 Christmas trees and glittering ornaments are on display in a Saudi gift shop. It is an image once unthinkable in the cradle of Islam, where any non-Muslim public celebration is prohibited.

In recent years, Christmas decorations and holiday sales have gradually introduced themselves into the beautiful capital Riyadh, a sign of easing of social restrictions since the crown prince Mohammed bin Salman he pledged to lead the conservative Gulf kingdom towards "open and moderate Islam".

"I never imagined I would see him in Saudi Arabia," a Riyadh resident (who prefers to remain anonymous) pinched and interviewed in the shop that sells Christmas decorations, trees, Santa dresses, tinsel, balls and others tells the Associated France Presse. ornaments.

"I'm surprised," says one resident, who asked to remain anonymous.

Unthinkable scenes even just a short time ago

Until just three years ago, it was almost impossible to openly sell Christmas decorations and similar items in Saudi Arabia, but the authorities have "filed" the powers of the clerical establishment, long known for enforcing Islamic traditions.

For decades, Christmas sales have been largely clandestine, and Christians in the Philippines, Lebanon and other countries have celebrated behind closed doors or in expatriate enclaves.

"It was very difficult to find these Christmas items in the kingdom," says Mary, a Lebanese expatriate based in Riyadh who prefers to be identified by her name alone. "Many of my friends bought them from Lebanon or Syria and smuggled them into the country," she said.

Christmas decorations in Saudi Arabia: a strong sign of the times

A Riyadh store manager reports that this year his store sold not only Christmas items but also Halloween clothes, widely viewed by conservatives as an American tradition that deviates from Islam.

It may not seem like it, but it is a very strong signal. Saudi Arabia is the guardian of Mecca and Medina, the two holiest places in Islam. The Arab kingdom has long been accused of exporting its ultra-conservative Sunni Wahhabi doctrine around the world. Today, it is slowly pushing for interfaith exchange.

In recent years it has also hosted officials linked to the Vatican and Jewish personalities.

Local officials say school textbooks, once known to denigrate Jews and other non-Muslims such as "pigs" and "monkeys", are undergoing revision. It is an initiative that is part of Prince Mohammed's campaign to combat extremism in education.

The heir to the Saudi throne has curbed the influence of the once powerful religious police. A very invasive apparatus that allows concerts of mixed genre music, cinema and other entertainment, but temples and churches are still prohibited.

Earlier this month, the United States reconfirmed Saudi Arabia's place on its list of countries on a religious freedom blacklist. Countries accused of committing or tolerating "systematic, continuous and blatant violations of religious freedom," according to the US State Department.

Last month, Prince Mohammed pledged to hit extremists with an "iron fist" after an attack on a gathering of Western diplomats at a non-Muslim cemetery in the Red Sea city of Jeddah, claimed by the Islamic State group. .

We will see what these new steps bring. Meanwhile, even simple Christmas decorations reveal a piece of the future.