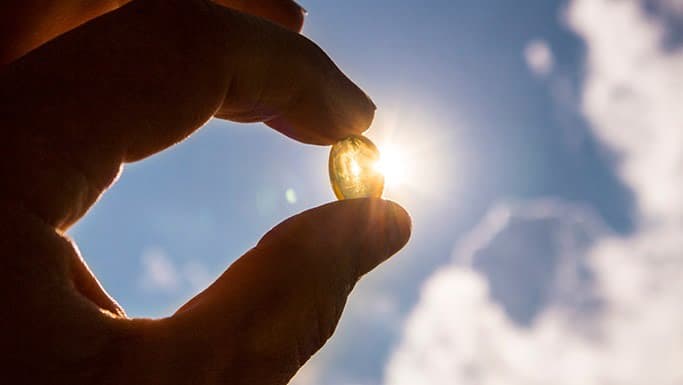 Hundreds of studies in 2020 alone show significant relationships between vitamin D, sun exposure and Covid. Since November, the government has continued to ignore the appeal of dozens of Italian doctors.

A working group coordinated by the Turin Academy of Medicine found new evidence of the relationship between solar ultraviolet radiation, vitamin D and Covid.

The pool is led by Prof Giancarlo Isaia, Professor of Geriatrics and President of the Academy of Medicine, and by Antonio D'Avolio, Professor of Pharmacology at the University of Turin.

80 Doctors of many Italian cities have drawn up, with an important collection work, a document with strong evidence on the positive effects of vitamin D, both in the prevention and in the complications of coronavirus, and have sent it to regional and national health authorities. Uselessly.

"We sent the document to 68 regional (Health Departments of all Regions) and national (Ministry, AIFA, ISS, CSN, etc.) institutions, as well as professional associations," the Prof. Isaia, which I contacted via email, "and we have not received any response so far".

Vitamin D, exposure to ultraviolet rays and Covid: so much work (still) for nothing?

Yet the work group's commitment is extensive and documented. The team also produced a study, in publication in the journal Science of the Total Environment. The study showed a statistically very significant correlation between the number of deceased and affected by COVID-19 in each Italian region and the intensity of solar ultraviolet (UV) radiation, evaluated at the earth's surface, in all regions, with both satellite measurements than on the ground.

In summary: Vitamin D and exposure to sunlight appear to play a role in the course of the disease. The elements all lead in one direction. And they are not few.

In 2020 alone, the pool said, there are about 300 studies investigating the link between COVID-19 and vitamin D, conducted both retrospectively that with meta-analysis, which confirmed the vitamin D deficiency in the majority of COVID-19 patients, especially those in severe form, and a higher mortality associated with this deficiency.

In our country such a shortage it is quite widespread, and it might be a good approach to do this by first measuring exposure in various areas of the country with even more precision, and supplementing vitamin D with sun, supplements and nutrition.

An appeal to the government

The list of studies on the subject, very detailed and available on request (just send an e-mail at the Academy) shows a number of clues sufficient to authorize further investigations.

The medical team specifically cites some studies with rather encouraging results. Among others, one retrospective study on 190.000 patients showing an inverse proportionality between doses of Vitamin D and positivity to Covid-19.

For this reason, the doctors of the Academy appeal to the Government to consider more studies on this correlation and above all preventive campaigns for the administration of vitamin D. An appeal sent to the authorities on 12 November which, as confirmed by prof. Isaiah has received "no answer" since then.

Vitamin D: Doesn't hurt, and can potentially do you a lot of good

In Italy, the working group complains, this possibility has not been taken into consideration. Not so elsewhere, like in the UK and Scotland, where the government is ordered the administration of vitamin D to 2,7 million subjects at risk (patients of the RSA and health personnel above all).

The English choice has raised a medical debate between supporters of the provision and skeptics, who do not consider the evidence gathered so far sufficient. The conclusion, of common sense, was that regardless of Covid-19, the administration of vitamin D, substantially free of side effects, is a good way to make up for the deficiency due to the winter months and poor sun exposure.

It could be a valid approach, reads the press release from the Turin Academy of Medicine, if Italy were to adopt similar measures in an attempt to accelerate the end of this emergency.

“I think that like all pandemics, this too will gradually wear out,” says prof. Isaiah, “both for the introduction of a vaccine and for its spontaneous defervescence”.

“The problem is that, unlike the other pandemics in history, it will have devastating effects on the economy and on the lifestyle of citizens; also for this reason I find it unlikely that prevention is not considered and the characteristics of the pandemic are not studied in depth ”.

Man does not survive Covid by vaccine alone. I hope that listening becomes more attentive and open, at this stage it is essential.