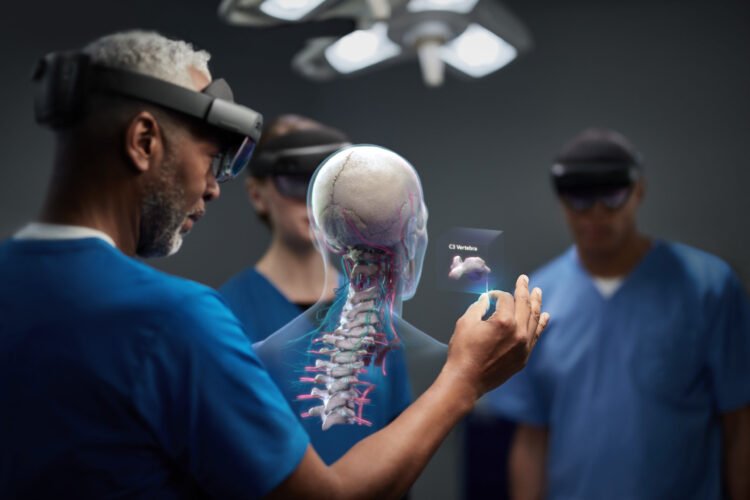 In the near future it will be possible to find a cure or test a drug on virtual patients, made of data, rather than on human beings. An exciting frontier that has already taken its first steps.

Every day a new algorithm seems to allow computers to diagnose diseases with unprecedented accuracy. And that reinforces predictions that an AI will soon replace (at least in part) doctors.

What if computers could replace patients too? If virtual patients could replace real people at some stage of a drug trial, for example, could they speed up development? What if there was a "silicon medicine"?

Likewise, potential vaccines that probably would not have worked could be "administered" to virtual patients. This process would reduce testing time and costs, and avoid testing dangerous “candidates” on living volunteers.

The medicine of silicon

It is a way of defining the experimentation of drugs and treatments on virtual organs or body systems to predict how a real person will respond to therapies.

Real patients will still be needed in late-stage studies in the near future, but trials with virtual patients will enable rapid and cost-effective first assessments of safety and efficacy, drastically reducing the number of human subjects needed for trials.

Let's start from the beginning: we cannot talk about virtual patients without talking about virtual organs. The “modeling” of a virtual patient will begin by collecting all the anatomical data that will come from a person's non-invasive diagnostics. These data will then be crossed with a complex mathematical model of the mechanisms that govern the function of that organ.

Special algorithms running on powerful computers (perhaps quantum computers, soon) will solve the resulting equations and unknowns, generating a virtual organ that looks and behaves like the real thing.

Virtual patients: we are already at work in progress

La FDA, Food and Drug Administration, the US body that deals with food and drugs, already uses computer simulations instead of human trials to evaluate new mammography systems. The agency has also published a guide to designing drug and device trials that include virtual patients.

HeartFlow Analysis, an FDA-approved cloud-based service, allows doctors to identify coronary heart disease based on CT images of a patient's heart. The HeartFlow system uses these images to build a fluid flow model of blood flowing through coronary blood vessels, thus identifying abnormal conditions and their severity. Without this technology, doctors would have to perform an invasive angiogram to decide if and how to intervene.

Experimenting with digital models of individual patients can also help tailor therapy for any number of conditions and is already being used in diabetes care.

An approach that comes from engineering

The philosophy behind silicon medicine and virtual patients is not new. The ability to create and simulate the performance of an object under hundreds of operating conditions has been a cornerstone of engineering for decades. For example for the design of electronic circuits, airplanes and buildings.

Several obstacles remain to its widespread implementation in medical research and treatment.

First, the predictive power and reliability of this technology must be confirmed and this will require several advances. These include generating high-quality medical databases from a large and ethnically diverse patient base made up of women and men. Refinement of mathematical models to account for the many interaction processes in the body. Further changes to artificial intelligence methods, developed primarily for computer-based speech and image recognition, and need to be extended to provide biological insights.

We need another way, but the finish is magnificent

The scientific community and industry partners are addressing these issues through initiatives such as the Living Heart Project by Dassault Systèmes, HubMAP (a kind of Google Maps of the cells) e Microsoft Healthcare NExT.

In recent years, the FDA and European regulatory authorities have approved some commercial uses of computer-based diagnostics. However, meeting regulatory requirements takes considerable time and money.

Creating demand for these tools is challenging given the complexity of the healthcare ecosystem. Silicon medicine must be able to deliver affordable value to patients, doctors and healthcare organizations to accelerate the adoption of the technology.

The advent of widespread medical diagnostics based on sensors non-invasive. The arrival of high-speed connections. The impact of new health system reforms. All factors that will make virtual patients possible.

Earlier than we think, what seems distant today will be reality.

The future “Solarpunk” of Mexico City