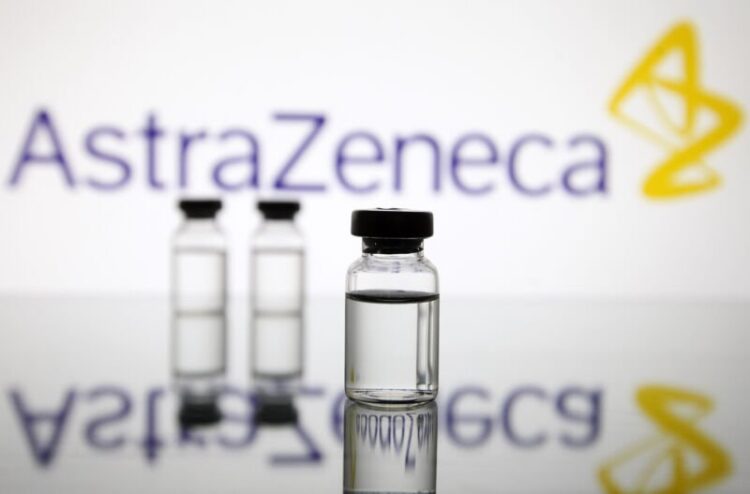 An AstraZeneca vaccine at Covid-19 was also announced today. Here is a focus on positive results, on weaknesses and strengths,

AstraZeneca announced today in a press release that its COVID-19 vaccine has shown positive results in the interim analysis of clinical trial data.

The announcement marks the third Covid-19 vaccine to show strong efficacy in late-stage studies against SARS-CoV-2. AstraZeneca's vaccine efficacy numbers are not as high as those of previous vaccines (mRNA vaccines from Pfizer / BioNTech e Modern). Nonetheless, AstraZeneca also offers some advantages over those vaccines.

And overall, the news adds optimism that vaccines could end the global crisis in the next year.

The Covid-19 AstraZeneca vaccine: the data

AstraZeneca collaborated with researchers from the University of Oxford to develop the viral vector based vaccine named AZD1222 (also called ChAdOx1 nCoV-19) . The vaccine involves encoding the genetic material for the infamous SARS-CoV-2 spike protein, which is carried around the body by a relatively benign virus. In this case, the virus is a weakened type of adenovirus, a pathogen that can cause common colds and other mild infections in humans and some animals.

The AZD1222 results announced today come from a pooled analysis of clinical trials conducted in the UK and Brazil, involving over 23.000 participants. AstraZeneca's independent monitoring committee found that AZD1222 was on average about 70% effective in preventing COVID-19, the disease caused by SARS-CoV-2. The interim analysis was triggered when 131 cases occurred in study participants who were given two doses of AZD1222 or a comparator vaccine, the meningococcal vaccine MenACWY. The efficacy rate is calculated based on how those 131 cases split into the MenACWY group compared to the AZD1222 group.

The results were a little more complicated than that simple split. Participants who received AZD1222 got one of two dosing regimens, so the results were further split.

In one regimen, participants were given a half dose of AZD1222 followed by a booster shot with a full dose. In studies, 2.741 participants got this regimen and it appeared about 90% effective in preventing COVID-19.

In the other regimen, participants receiving AZD1222 received two full doses of the vaccine. In other words, they got the same high dose level in their first shot as they did in their booster shot. In the studies, 8.895 participants got this regimen and it appeared about 62% effective in preventing COVID-19.

The pooled efficacy data yields an average efficacy of approximately 70%. This is impressive: the initial goal was around 50%. It is not as high as the staggering efficacy results of the mRNA vaccine reported in the previous weeks. The 95% of efficacy for the Pfizer / BioNTech vaccine and the 94,5% of effectiveness for Moderna.

Let's start by saying what is not yet clear. First, it is unclear whether the 90% efficacy result will hold up as AstraZeneca collects more data and conducts further analysis. We do not yet know how the 131 cases were divided in the subgroup analyzes. The final efficacy number is very likely to change as more data is collected.

On a positive note, the need for less vaccine in the first dose. If it turns out to be a winning solution, more people can be vaccinated with the same amount of vaccine production capacity.

Another positive note, albeit very preliminary. The Oxford researchers reported that the Covid-19 vaccine AstraZeneca AZD1222 appears to reduce asymptomatic SARS-CoV-2 infections. This finding is particularly surprising as mRNA vaccine studies only looked at symptomatic COVID-19 cases. However, the discovery is extremely preliminary as the researchers have not presented any data on it.

As with mRNA vaccines, AstraZeneca said no vaccine-related serious adverse events have been confirmed. In the results of previous studies, mild side effects from AZD1222 were common. These include pain, feeling of fever, chills, muscle aches, headache. Some participants were given paracetamol (acetaminophen / Tylenol) beforehand to reduce these effects.

If you remember, AstraZeneca has  interrupted his rehearsals at least twice , one in July and another in September, for standard safety reviews. The evidence they stopped in July when a UK participant showed neurological symptoms: later diagnosed with multiple sclerosis. In September, another participant developed symptoms consistent with transverse myelitis, a condition involving inflammation of the spinal cord that may, in rare cases, be linked to vaccination. Both cases were eventually dubbed unrelated to the vaccine itself and trials were resumed.

The huge advantage would be on distribution

A significant advantage of the AstraZeneca Covid-19 vaccine is that it would be relatively easy to increase production and does not require specialized storage conditions. Adenovirus vectors are more established in the vaccine arena, compared to mRNA-based vaccines, which are brand new. The capacity to produce large quantities of adenoviruses already exists.

AstraZeneca said in its press release that it is “making rapid progress in manufacturing with a capacity up to 3 billion vaccine doses in 2021 (against 1,3 billion for Pfizer and BioNTech, so to speak, and up to 1 billion for Moderna). The vaccine can be stored, transported and handled under normal refrigerated conditions (2-8 degrees Celsius / 36-46 degrees Fahrenheit) for at least six months and administered within existing health facilities. "

As is known, mRNA vaccines require different storage conditions. Specifically, the vaccine from Pfizer and BioNTech requires storage at an annoying temperature of -70 ° C. Moderna announced in a recent press release  that your vaccine remains stable for six months at -20 ° C (-4 ° F), up to 30 days at normal refrigerator temperature (2-8 ° C or 36-46 ° F), and up to 12 hours at room temperature.

All three vaccines are now directed to regulators around the world for authorization. Pfizer unveiled the your request for emergency use authorization by the US Food and Drug Administration.

All three vaccines are yet to have their full datasets published, so much uncertainty about the data and analyzes remains. Efficacy numbers will likely change as studies continue, safety monitoring will lengthen, and peer reviewers will review the analyzes. Rare side effects are also more likely to occur over time.

Finally, there is so far no data on how much vaccines protect against asymptomatic infections. Disease prevention, and especially life-threatening diseases, is the top priority in these studies.

However, preventing asymptomatic or mild infections will be key to ending SARS-CoV-2 transmission.