A bipartisan president who wins the US presidential election would be ideal for putting the American social fabric back on its feet. An AI tried to "create" it. 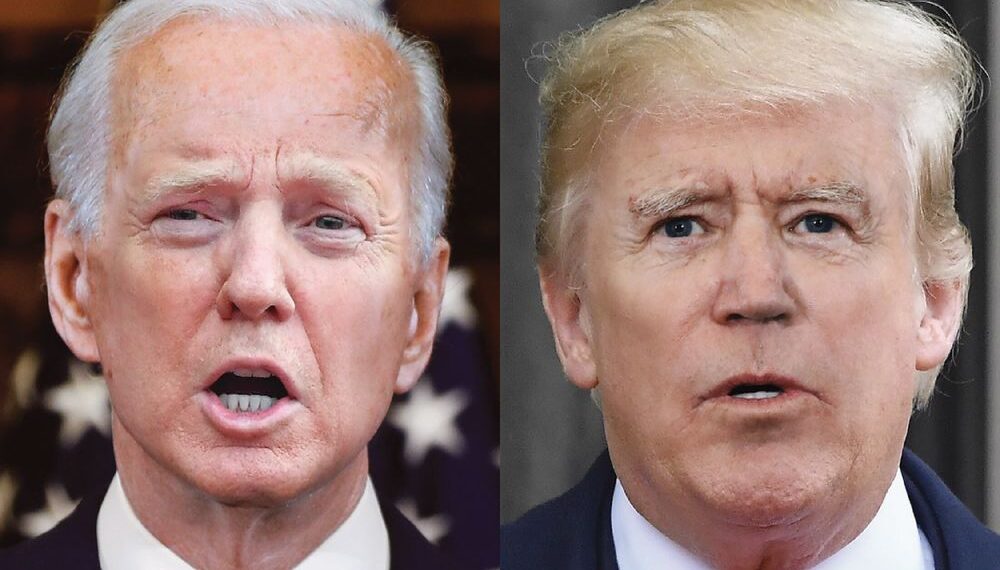 A Dutchman threw a artificial intelligence project which explores how the divided United States could be brought together. Here is "the bipartisan president".

To create the bipartisan president Jeroen van der Most (aka simply Most) used the language model GPT-3 to generate a series of politically neutral slogans. Then he merged them with a nightmare mashup of Donald Trump and Joe Biden, the current candidates in the US presidential election.

Producing the slogans was a rather laborious process. It all started by giving GPT-3 the following three prompts:

But the model struggled to understand the categories.

For example, when asked for a liberal slogan, he initially responded with things like "Lower taxes, bigger military".

It didn't sound right to Most, so he only selected slogans he personally considered conservative, liberal, or bipartisan.

These slogans were then validated through an existing algorithm that tries to determine whether a text excerpt was written by a conservative or a liberal. Slogans that were classified as a mix of the two ideologies were considered bipartisan.

A bipartisan president who makes everyone agree

For a country so divided and seriously at risk of social stability, these US presidential elections are not a cure-all, quite the contrary. A bipartisan president appreciated by both conservatives and liberals could increase cohesion: perhaps by using some of these slogans.

Those that scored on both the conservative and liberal scales were entered into GPT-3. At that point, with the prompt "Ideas for slogans for a bipartisan campaign", the artificial intelligence did its duty.

Here are some example "workhorses" that came out of the AI ​​for a bipartisan president who would make a splash in the US presidential elections:

Win the Future - Win the future

Would an “AI son” president win the US presidential election?

The resulting slogans were re-screened by the algorithm to double-check that the outputs had scored both on a liberal and conservative scale.

Finally, Most checked whether the results had already been used by lobby groups or policy initiatives by running them through a Google search API.

The bipartisan slogans, it is noted, elude concrete political issues, such as the "climate crisis" or the "strengthening of the armed forces". Instead, they express broad, almost inspirational feelings that contain little substance.

A sign that to make everyone agree, you have to fly high (Obama's “Hope”, for example) or simply that it is better never to go into specifics?

The experiment would suggest that the next step is to create a campaign for the US presidential election with the help of artificial intelligence. Indeed, AI can be used to define bipartisan policies that have broad consensus.

AI could also help automatically develop a "diagnostic" tool that signals when a politician is evading important issues. A sort of "index of concreteness".

After all, looking at him, this bipartisan president would be full of empty rhetoric.

It gives me the feeling that an authentically bipartisan narrative ends up being just an illusion, which would be downright dangerous for the US as it is for any other state.

The search for substance-based common grounds continues. Hopefully not as slowly as the US election count.

Transferring gut bacteria from elderly mice to young mice resulted in increased neurogenesis. Thanks to the butyrate produced ...