Are you expecting a robot for the construction site of the future? You will have a whole robot building. This is what moves in the world of brick. 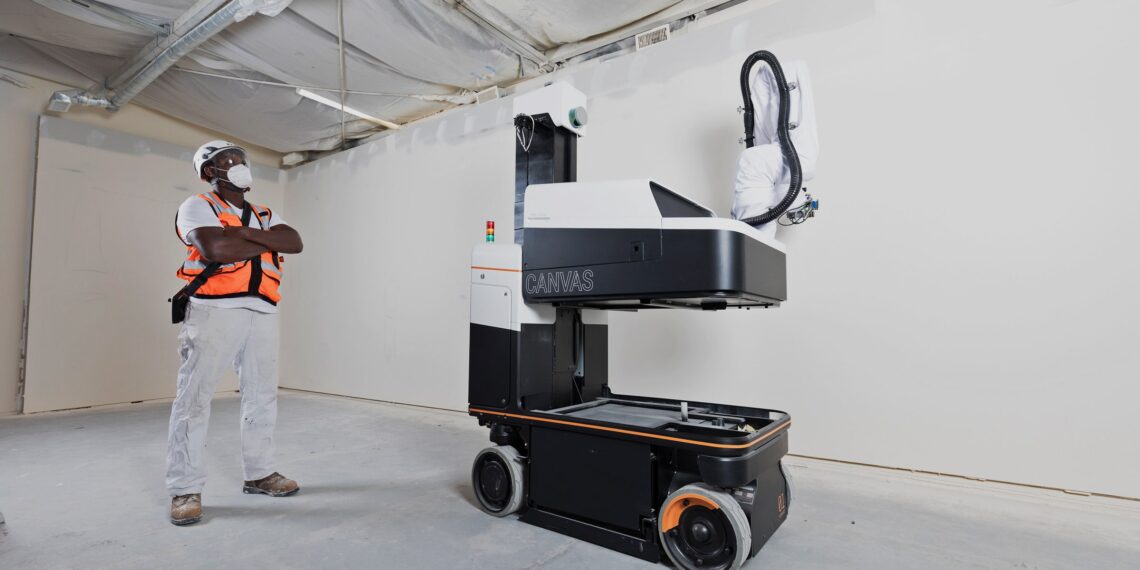 canvas is a company that has developed a construction site robot. Reformulation: construction robot, which thanks to AI knows how to plaster a wall exactly as a master mason would do. It is not easy, if you think about it: it is a bit like frosting a cake, you have to give the idea that the wall is flat. Construction stuff of the future.

In recent months, the Canvas robot has been employed in several construction sites of the present, however. Offices, private residences, even an international airport, that of San Francisco.

The Canvas robot has four wheels and is the size of a small kitchen. It is equipped with a precise laser scanner and a robotic arm mounted on a vertical platform. When placed in a room, the robot scans the still unfinished walls using the LIDAR, then gets to work.

To begin with, smooth the surface of the wall, then apply a thin layer of drywall compound that borders on perfection. If you meet a human "colleague" avoid hitting him and doing damage thanks to his sensors.

To summarize the state of the art: The Canvas robot still needs human supervision, but its operator does not have to be an expert in either robotics or carpentry.

Robot on the construction site, the time has come

It has long been impractical to deploy robots on construction sites because the environment is very diverse, complex and changing. In recent years, however, several things have changed. Low-cost laser sensors, cheaper robotic arms and grippers, and open source software for navigation and machine vision have made it possible to automate some processes.

And this has repercussions. Robots on the construction site of the future will help make construction less expensive. According to McKinsey, productivity in the construction sector has improved less than other sectors over the past two decades. The arrival of greater automation can also alter the demand for labor in a number of construction trades.

Kevin Albert, co-founder and CEO of Canvas, previously worked at Boston Dynamics (the BigDog company, Atlas and Spot). He says there are great opportunities in the construction industry, and for me he is absolutely right.

The situation already presents a strong participation of robot construction machines. They often help to create prefabricated parts to be assembled on site: bringing robots directly to the construction site seems the natural consequence of this trend.

A substantial number of construction machinery such as excavators and dozers are starting to operate autonomously. A growing range of construction robots can take on specialized construction tasks. Welding, drilling, brick laying and much more.

Un IDC report released in January 2020 predicts the demand for construction robots it will grow by about 25% per year until 2023.

The role of artificial intelligence

A great opportunity for the use of robots in construction in the construction site of the future (and at this point also of the present) is given by the advent of artificial intelligence. Combined with computer vision and other sensing technologies to monitor the movement of materials and workers in a workplace it can really make a difference.

The software can signal if a job is late or if something has been put in the wrong place. Machine learning will be crucial.

Artificial intelligence will have many eyes and ears to collect data. Doxel has a mobile robot that scans job sites in 3D to enable the software to calculate the progress of a project. The aforementioned Spot, quadrupedal robot of Boston Dynamics, is tested for the same purpose on several construction sites. Other companies like Propeller o DJI they sell drones for the automated inspection of construction sites.

Not just construction robots, of course. There are also solutions that contemplate human "collaboration". The Israeli Buildotsfor example, it sells software that uses cameras mounted on workers' helmets. The cameras automatically acquire and process images to identify discrepancies between plans and work in progress.

Robot construction: it's just the beginning

Un McKinsey report last month predicted a major shift in the construction industry over the next decade, with companies adopting technologies and methodologies from the manufacturing world.

This obviously raises many worries in the workers. Even in those who see the construction robot in action.

The question they ask themselves is: "when will my job be stolen?" 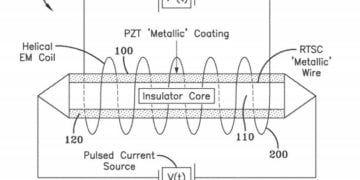 Shortly after the disclosure on sightings of unidentified objects, the US Navy registers the patents of incredible technologies ...