Milliampere, electric and autonomous ferry is ready to take service in Norway to facilitate the crossing of people and bicycles 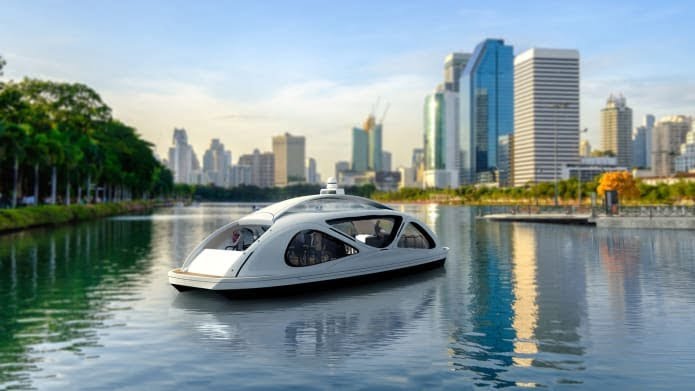 With its medieval origins and a quaint and colorful harbor, the Norwegian city of Trondheim doesn't look very futuristic. But yet…

The former Viking capital has embarked on a pioneering direction in transportation: a zero-emission, fully autonomous electric ferry.

An electric ferry that is used as an elevator

Passengers on each side of the canal separating the port from the city center can press a button to "call" the boat. The electric ferry, always charging when docked, can accommodate up to 12 passengers and bicycles.

It takes less than 60 seconds to make the crossing, saving pedestrians a 15-minute walk.

The ferry was developed in 2018 by researchers from the Norwegian University of Science and Technology (NTNU) as an alternative to a proposed bridge over the Trondheim harbor channel.

The prototype was a success and NTNU commercialized its research by forming Zeabuz in 2019. It is part of a broader spin-off of startups exploring the possible use of waterways for more sustainable transport.

The rediscovery of rivers

Around the world, more and more cities are turning to waterways for public transport.

Bangkok provides 30 new electric ferry models in service within the next year along with 5.000 electric water taxis. The ferry system of New York it is expanding to all five districts. In July, Uber announced that launch i boat taxi along the Thames in London.

It's a good way to optimize existing space, he says Susanna Hall Kihl, river transport expert and founder of Vattenbussen, a research and defense organization of urban waterways.
“Historically, that's how we've traveled“Says Kihl, noting that most of the big cities were built on or near water.

Resuscitating waterways with an electric ferry or autonomous ferry to relieve road congestion is an easy solution, as it requires minimal infrastructure compared to other transportation systems.

An autonomous ferry like the one developed by Zeabuz they are the next step, because they also improve operational efficiency. Less energy is consumed and without crew or driver there is more space for passengers.

The first prototype for Trondheim's electric and autonomous ferry was developed by NTNU and is called Milliampere. It has no captain or crew, and the limitation to 12 passengers is due only to Norwegian law. It could actually accommodate many more passengers. Zeabuz's electric ferry uses cameras with sensors to scan for obstacles. A navigation system (similar to those used in submarines and airplanes) monitors the speed and position of the boat.

The data is transmitted via 5G to a control center manned by a person, who will call for help in an emergency. The company emphasizes that "there will always be a human individual" to oversee.

Zeabuz says its autonomous ferry will be up and running for massive use over the next five years.

In any case seems like a fun way to get around the city and very much in tune with future mobility.

The electric and autonomous ferry It will become increasingly attractive to cities as they evolve.

A German startup successfully completes the first tests of a flying wind turbine. KiteKRAFT is certain: with the wind kite ...