After non-existent influencers and models, the boom of virtual idols in China produces a talent show just for them. Introducing Dimension Nova. 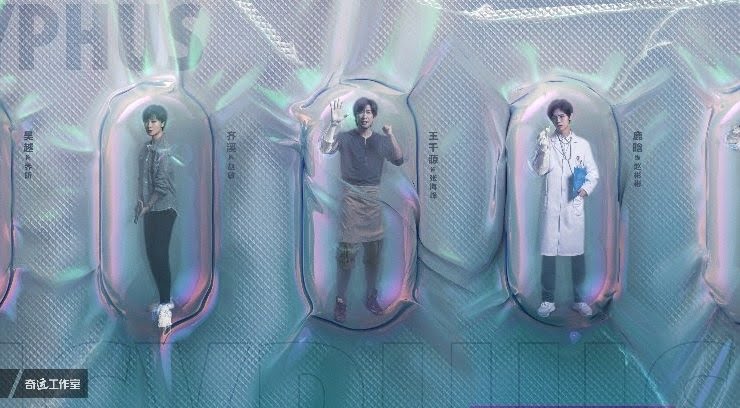 titled Dimension Nova , the new talent show will feature “more than 30 virtual competitors engaged in a challenge to select the ultimate winner”. To alleviate the psychological impact of sliding into a future dominated by virtual idols there will be at least human judges. As for our X Factor, there will be as many well-known characters in China. To see them, I'm honest, I would not distinguish them from the virtual characters who will have to judge.

For the record, it's about Esther Yu and Wang Linkai (members of two well-known boy bands in chinam, THE9  e Nine Percent ) and an it-girl, Angelababy. You can see them in the tasty photo that I am attaching below.

Managing a royal idol costs money. We need to protect his image, avoid communication errors, exploit the wave until (as in the case of boybands) he gets old. Behind the choice of iQIYI, the network behind this new talent for virtual idols, there is mainly the desire to cut expenses. Fewer humans involved, fewer unknowns and less money. The official press release launching Dimension Nova enthusiastically mentions things like a "full 3D virtual environment" and a "non-linear manufacturing process," whatever that may mean.

The part of the press release that makes you think the most though (and also a little disturbing) is this:

- digital influencers and computer-generated pop stars have become increasingly popular in China in recent years. However, not all of these projects have received positive responses. When the Chinese Communist Party tried to introduce its "politicized" virtual idols the reaction of social media has produced a hasty backtrack.

Anyway, Dimension Nova seems like the logical next step for virtual idols in Asia, in between influencers that don't exist e PC born models. The start of the broadcasts is expected in the next two weeks. Under the televoting, Chinese friends!

A kitchen that changes in real time with gestures, and incorporates invisible technology. A kitchen, in other ...