More and more Japanese girls (they call themselves "dream girls") entrust intimacy to love simulation games, the Otome. A risk to relationships or an opportunity to redefine and correct them? 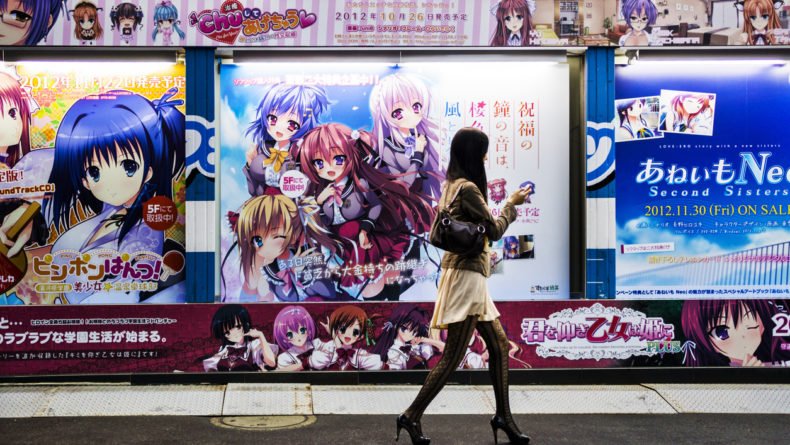 Why are a growing number of Japanese female players rejecting physical relationships?

If in China the Chinese girls they prefer to pay for long distance platonic relationships, Japan is dealing with the enormous popularity of Otome, "love simulation" games among Japanese players (who define themselves as "dream girls"). This seems to suggest that the desire for virtual lovers is across genres and cultures.

Videogames ottome are Japanese dating simulation games designed specifically for female gamers. Love games for girls. In this "love simulation" a female protagonist can choose from a selection of suitable male partners. The goal of a love simulator, and more generally of the Otome, is to establish a relationship with the most romantic and desirable suitor. Difficult games for girls who want to go “against the grain”, or a mainstream reflection of a new culture?

The technological transformation of intimacy

Conducting research on women's interaction with virtual characters is the doctor Agnès Giard, which is part of the research project "Emotional Machines: The Technological Transformation of Intimacy in Japan". The first thing to say is precisely: they are not "women's games". What do we want to call them then? Love games? Games for girls, with a lot of "x" to be more teen? Japanese girls, of course.

The research is focused on Japanese girls' attention to Otome games, which also carries some stigma.

In fact, there are many sexist attitudes that belittle a Japanese boy or a Japanese girl. More specifically, attitudes that undermine Japanese players due to the way they spend money in the game (to get small rewards). The idea that you have to be absorbed in "dating games" that also make you throw money into a spiral of micro purchases is not very popular.

Japanese "dream girls" who play Otome are often ridiculed for their celibacy and rejection of family values. Giard suspects this is due to the fact that such an approach is seen as a "threat to family institutions" and to Japan's already declining birth rate.

Love simulation games: an escape from reality that offers the opportunity to reflect on reality

Giard suggests considering how Otome games could offer new spaces for reflection. With their open refusal in favor of virtual romance, Otome games challenge "traditional" love and must make people think about the things to correct in relationships. In other words, these love games for girls would help rediscover the platonic aspects of a relationship.

Despite being stigmatized as "losers" (make-inu) or "parasites" (parasaito), Japanese players positively define themselves as Dream Girls, "girls of dreams" (yume-joshi), to fight against social exclusion ".

On the other hand, Otome games are VERY popular

Considering character relationships from a female user's perspective has been seriously under-explored, but it offers an interesting touchstone to see how this could evolve in the future for Eastern women as well as Western women. After the love games will we also have dating games? And maybe even the engagement games?

Currently, language barriers and cultural nuances make games difficult in terms of accessibility for non-Japanese players. However, this doesn't stop their popularity.

Love simulation games are spreading around the world, inspiring a whole culture of dedicated gamers and paving the way for an entire industry. in 2016 la Voltage (world leader in the field of "virtual boyfriends") said that 50 million women around the world had registered as users.

Giard used as an example Love plus, an Otome video game developed by Konami (known by us for other types of games such as soccer). It did this to show how characters could become increasingly important for the development of technology for sexual uses (the so-called sextech), but also to trace the propensity for use by the players. It's not about boarding up, or training for a career as a girlfriend. It is something different.

While developments in sextech tend to see technology as a tool for creating sexual enjoyment, it appears that technology in Japan (and also in China) is pushing technology as an object of intimacy and affection: capable even of shaping character.

After the boom among Japanese girls will we have Otome also developed for American, European and other girls?

Will we soon see the same thing in the West? Japan is at the forefront of entertainment technologies, and often makes culture in this field. For this we can creatively consider what the future of intimacy will be.

For this reason, not only is it not to be excluded, but I can say with certainty that it will happen.

Here you can find a large collection of papers on the theme of the relationship between Otome, love simulation games and Japanese girls 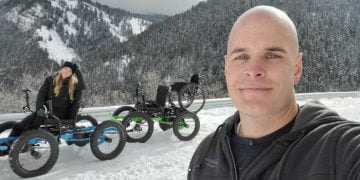 A creative husband-wife team makes an off-road wheelchair with bike parts already on the market. A vehicle of ...