Modifying and controlling biological organisms for our purposes: we have always done this. Now a cyborg locust will be able to smell explosives better than dogs. I'll tell you how. 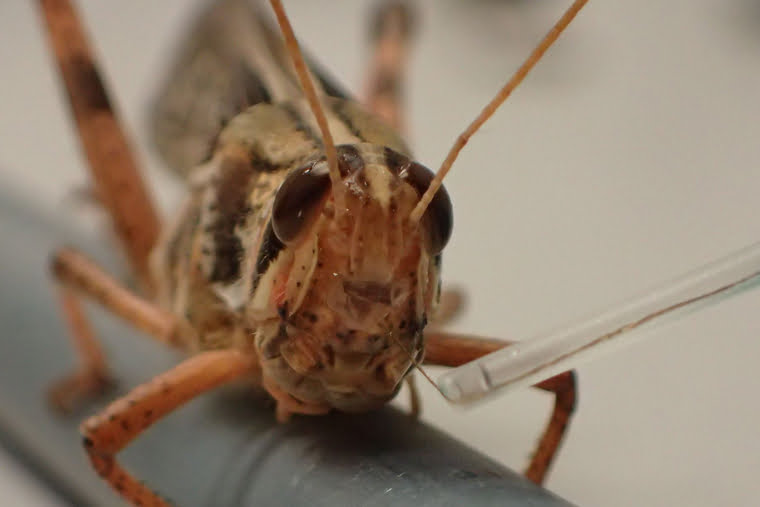 Exploiting the characteristics of even complex living forms to overcome human limits has always been a practice in use. Canaries in the mines. Pigs for truffles. Hunting and drug dogs. Even jellyfish. The next phase (with all its ethical limitations) is even more invasive.

We are approaching an era, for example, in which a cyborg locust will be controlled for "sniffing out" bombs and explosives. Still few technical problems to overcome and their use will pass from the field of science fiction to that of reality.

Cyborg Locust: the still open questions, and the answers to current research

Is there a way to direct the cyborg locust, and "tell" her where to sniff? SI.

And since locusts can't (yet) speak, is there a way to read these insects' brains and know what they are smelling? SI.

After all, can locusts even smell explosives? Still yes.

The answer to the first two questions comes from previous research from Washington University. I told you about it here. Research that has shown both the ability to control locusts and the ability to read their brains, so to speak, to discern what they are smelling.

The answer to the third question comes today, thanks to new research from the McKelvey School of Engineering.

In a preliminary test published online August 6 in the journal Biosensors and Bioelectronics: X, the researchers showed how they were able to hijack a locust's olfactory system to detect and discriminate between different explosive scents, all within a few hundred milliseconds of exposure.

The team was also able to optimize a previously developed biorobotic detection system. A system capable of detecting the neurons of the cyborg locust, and transmitting this information in order to encode the smells that the locusts were perceiving.

"We didn't know if they would be able to smell or detect explosives because they have no significant ecological significance," he says. Barani Raman, professor of biomedical engineering. "It was possible that they didn't care about any of the signals that were significant to us in this particular case."

How to understand the nose of the cyborg locust

Il previous work in Raman's laboratory led to a discovery: the olfactory system of locusts could be decoded as a logical “and / or” operation. This allowed the researchers to determine what a cyborg locust “smells” in different contexts.

Some explosive vapors were released through a hole in a box the locust was in, placed on a small vehicle. As the locust was pushed around and sniffed at different concentrations of vapors, the researchers studied its odor-related brain activity.

With this method, the researchers were able to catalog the locust's reactions to exposure to TNT, DNT and ammonium nitrate vapors, the compound unfortunately made headlines due to the devastating, recent Beirut disaster. "Surprisingly," Raman said, "we could clearly see neurons responding differently to various explosives."

With this data, the team built a veritable olfactory "dictionary" of explosives for the cyborg locust.

If a single locust can detect and locate a dispersed odor in a complex environment, a swarm can do even better. The research team conducted specific experiments and determined that "using more organisms would lead to more efficient detection of various chemicals."

Once it is established that locusts can detect and discriminate between different explosives, the hardest part: looking for a bomb. To look for a bomb, a locust would have to know which direction the smell was coming from.

Phase two of the experiment

You know when you are near the bar and the smell of coffee is stronger, while when you are further away, you feel it less? Here it is. That's pretty much what scientists have been trying to evaluate in the cyborg locust.

The explosive vapors, as you know, were released through a hole in the box where the locust was in a tiny vehicle. As the locust was pushed around, the "map" of smells also took into account differences in distance and concentration.

The next step was to optimize the system for the transmission of the locust brain activity.

<strong>The Eurobursar</strong> Shantanu Chakrabartty e Srikanth Singamaneni focused on the breadth of the olfactory experience. Arriving to perfectly encode each odor within 500 milliseconds.

"Now we can implant the electrodes and transport the locusts into real life scenarios," Raman said.

One day, a cyborg locust will replace a dog in the search for explosives. And it will be infallible. 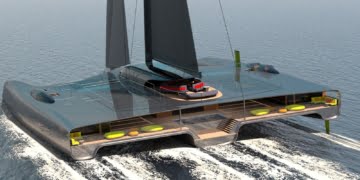 A "Roman domus" on the waves, this hyper-technological trimaran that promises to redefine even the boundaries of luxury boats.