Hopes and Dangers: A multidisciplinary team ranks the worst threats from artificial intelligence. With unexpected results. 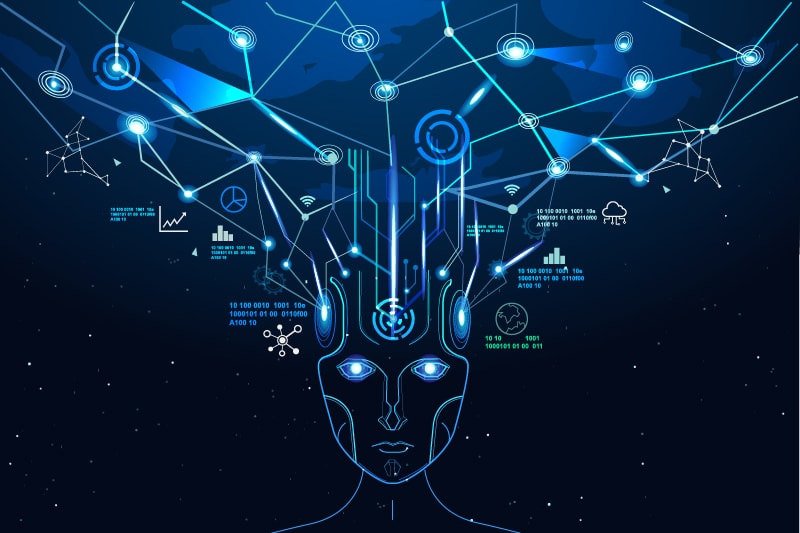 As if 2020 wasn't catastrophic enough already, a team of academics, policymakers and AI insiders warn us of problems on the horizon. 18, to be precise. These are the main AI threats we should be concerned about in the next 15 years.

Science fiction and popular culture want us to believe that our undoing would come from riots of intelligent robots. Actually one recent study in Crime Science reveals that the worst threat will have more to do with us than with the artificial intelligence itself.

By evaluating threats based on potential harm, profitability, viability and defeat, the group identified that the deepfake, a technology that already exists and is spreading, represents the highest threat level.

Deepfake, the number one enemy

There is a fundamental difference between a robotic riot and deepfake technology. The first could cause material damage. The second is systemic: it could cause the erosion of trust in people and in society itself.

The worst threat from artificial intelligence can always seem like something far into the future. After all, how can AI harm us when Alexa can't even set a pasta timer correctly today? Shane Johnson, Director of the Dawes Center for Future Crimes at UCL that funded the study, explains that these threats will become increasingly sophisticated and intertwined with our daily lives.

"We live in an ever-changing world that creates new opportunities, good and bad", Johnson warns. "This is why it is a priority to anticipate future threats of crime so that policy makers and others with the competence to act can do so before serious trouble occurs."

The authors admit that the judgments expressed in this study are inherently speculative in nature and influenced by our current political and technical landscape, but the future of these technologies cannot be ignored.

How the “playlist” of the worst threats was born

To formulate their predictions for the future, the researchers brought together a team of 14 academics in related fields, seven private sector experts and 10 public sector experts.

These experts were then divided into groups of four to six and received a list of potential problems that AI could create. Scenarios ranging from physical threats (autonomous drone attacks) to digital forms of threats such as phishing.

To make their judgment, the team considered four main characteristics of the attacks:

For experts, the damage of deepfake would be material, mental and even social. They could also harm other artificial intelligences (for example by evading facial recognition) or be indirect fruits (for example blackmailing people using a deepfake video).

While these factors cannot really be separated from each other (for example the damage of an attack may actually depend on its feasibility), experts were asked to consider the impact of these criteria separately.

The scores of the various expert groups were then ordered to determine the overall most damaging attacks that we will see through AI (or by an AI) in the next 15 years.

By comparing 18 different types of AI threats, as mentioned, the group determined that video and audio manipulations in the form of deepfakes are the worst threats ever.

“Human beings have a strong tendency to believe their eyes and ears. This is why audio and video evidence has traditionally been given a lot of credit (and often legal value), despite a long history of photographic deceptions, ”the authors explain. "But recent developments in deep learning (and deepfakes) have greatly increased the chances of generating fake content."

The potential impact of these manipulations?

From individuals scamming the elderly by impersonating a family member to videos designed to sow distrust of public and government figures. Attacks that are difficult for individuals to detect (and even experts in some cases) and difficult to stop.

Other major threats include autonomous vehicles used as remote weapons. Interestingly, the group judged robotic robots (small robots that can climb through gutters to steal keys or open doors to human thieves) as one of the least dangerous threats.

The worst threats of AI. So are we done for?

No, but we have to work on it. In our optimistic imagery there is some kind of button to stop all the robots and all the evil computers.

In reality, the threat is not so much in the robots themselves. It's in the way we use them to manipulate and harm each other.

If we understand this and do our best to anticipate these dangers, we can truly counter any robotic apocalypse.

We are approaching the 'mimetic' era in which devices will not only recognize our words, our actions, ...

Seattle researchers say they have built an AI with a morality

2012, the year of redemption for blogs: Enel has its award ready.