This also happens: a video game "calls" its players against two technology giants to the Holy War. Fortnite against Apple and Google can end badly. Or change the scenarios. It is certain: it is not a game.

Photo by Joshua Hoehne on Unsplash

Fortnite's gigantic pool of users has been recruited in an attempt to make an army of it for an “anti-system” war, after yesterday the hugely popular online game was withdrawn from the iOS and Android app stores.

As mentioned, Fortnite is a battleship. One of the most popular online games in the world, with 350 million registered players. Fortnite against Apple and Google over the issue of in-app payments is not a scuffle: it is a full-blown war.

epic Games, the developers of Fortnite, said in two lawsuits filed yesterday against Apple and Google that the companies "impose unreasonable restrictions and illegally maintain their 100% monopoly" on the in-app payment process.

Tech giants charge developers a fee between 15 and 30% for any in-app purchases. In-app purchase is a key component of Fortnite, where weapons and outfits are often purchased by players.

Apple, Epic Games says, imposes strict rules that make it impractical for app or game developers to use anything other than the company's official iOS app store to reach users.

"Epic has freely accepted the terms and guidelines of the App Store," Apple said in a statement. Which is a bit like saying “if it doesn't suit him, he can go elsewhere”.

But there is also some for Google. Epic also claims that Google disadvantages apps available outside of its Android Play Store.

Google, unlike Apple, does not raise: it denies directly. "The open Android ecosystem allows developers to distribute apps through multiple app stores," reads a statement.

Fortnite against Apple and Google: the counter-moves

To protest this hefty fee, Epic Games had tweaked the iOS and Android versions of the game, offering players a discount if they paid the developer directly for in-app purchases.

People who have already installed the game will continue to be able to play it, but new players will find it difficult on Android and impossible on iOS. Fortnite is still available on other gaming platforms.

It's not over here: Epic has filed legal action against both companies (more info here e here), accusing them of carrying out monopolistic practices. And yesterday he showed a 48-second video in the game to the many players present online. A commercial that mimics Apple's most famous “1984” commercial against IBM. “Apple stifles innovation, controls markets and blocks competition,” the video says.

The "call to arms" ends with a request to players to "join the battle", complete with the hashtag #FreeFortnite.

Other app developers, including ProtonMail and Match Group (the creators of the Tinder app) have offered support to Epic Games.

Fortnite against Apple and Google: what happens now

Fees for in-app purchases are increasingly under scrutiny. The EU Commission launched an investigation into Apple in June following complaints from Spotify and the e-reader company Kobo. Also Telegram filed a European antitrust complaint in June, while in the US politicians recently concluded an antitrust hearing summoning 4 tech giants, including Google and Apple.

“What we are seeing is the long-term consequence of switching from Web open to app stores and closed ecosystems ", says Jennifer Cobbe of the University of Cambridge. "If you control the app store, you have tremendous power over who can do what and how people can use their devices."

Epic Games is a heavy "actor" in this battle. One of the biggest names to have spoken about what many in the industry see as monopolistic practices. It is no coincidence that Fortnite is against Apple and Google: they are the two companies that most of all tend to deny any wrongdoing.

The "revolt" could end badly. There have been a lot of complaints over time, especially from small developers. Everything passed in silence.

But if it doesn't end badly for Fortnite, this battle will end up changing the cards on the table. Maybe by changing the commission percentage. Or by drawing pressure from millions and millions of people, and forcing the giants to change or die.

Fortnite against Apple and Google. A match with a predictable outcome? Who knows.

One thing is certain: it is anything but a game. 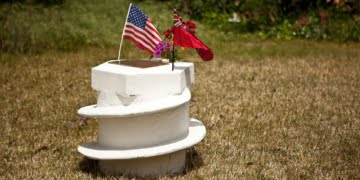 The particular design allows to use the screw coffin to reduce burial costs and optimize space ...