Tensions between the US and China: the satellite photo just popped up on the Net shows maneuvers of a Chinese nuclear submarine and does not reassure. 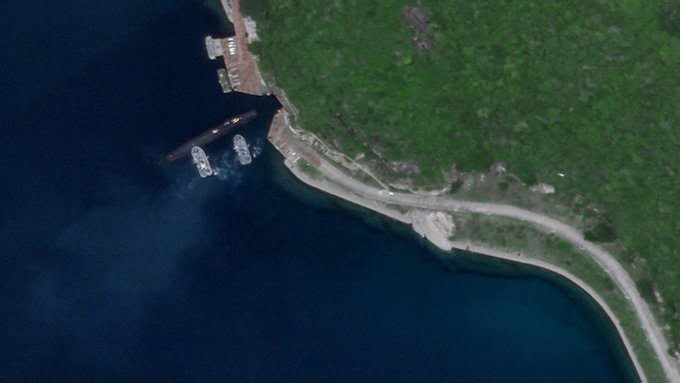 Analysts, military observers and social media commentators have been in turmoil ever since a satellite photo popped up showing a Chinese nuclear submarine entering an undersea base on the southernmost island of Hainan in the South China Sea.

The rare satellite image, acquired on August 19 by Planet Labs and published on social media by an American pro-government channel, Radio Free Asia, shows a Chinese attack nuclear submarine type 093 belonging to the Chinese People's Liberation Army (PLAN) Navy near the important naval base of Yulin.

This is also arousing interest because no other submarines are visible in the image of the strategic base. The other piers in the image are completely empty, which raises questions among online users about where China's nuclear-powered ships might be.

Here is one of the few satellite photos that show full activity, and contrast a lot with this "apparent calm". It's about 3 years ago.

Yulin naval base on Hainan Island is a crucial strategic site. For a myriad of reasons. The base is located approximately 300 miles (nearly 500 kilometers) southwest of Hong Kong and is home to China's submarine nuclear ballistic missile fleet, which is critical to China's strike capabilities.

The base is also located on the northern border of the disputed South China Sea, which has been a source of friction with neighboring Brunei, Indonesia, Malaysia, Philippines, Taiwan, Vietnam and the US.

Over the years, China has become richer and more powerful militarily. And this has made it more assertive in establishing and defending its sovereignty in the strategic South China Sea. This has obviously drawn controversial reactions from the East Asian giant's regional and geopolitical rivals.

It is given the increasingly intense friction between Washington and Beijing there is increasing attention to these "disputed" areas. It also happened recently. That is, when a P-8 maritime patrol plane flew over the South China Sea last week.

This is the image taken yesterday:

The Chinese People's Liberation Army is known to hide many of its strategic assets underground. A natural attitude for an army with historical roots that often relied on these tactics. Among others, the war tunnels built during the war of 1937-1945 against the Japanese occupation are famous.

China is also known for having a so-called "underground Great Wall". A labyrinthine network of tunnels designed to hide, mobilize and deploy intercontinental ballistic missiles.

Any move to hide a Chinese nuclear submarine from rivals' surveillance systems by hiding them in underground tunnels deprives potential adversaries from assessing its military strength.

"There is no evidence of (submarine) combat readiness, operational response times and availability." He states this on CNN Carl Schuster, former director of operations at the Joint Intelligence Center of US Pacific Command.

“The tunnels deny the ability to determine the status of Chinese military preparations. Fundamental knowledge to evaluate China's intentions and plans ”.

The art of war. 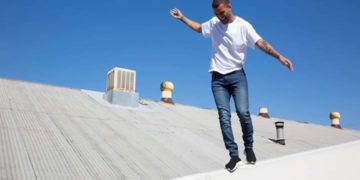 More than a company, For Days is the paradigm of a radical, sustainable and ethical change also in the world of clothing and ...