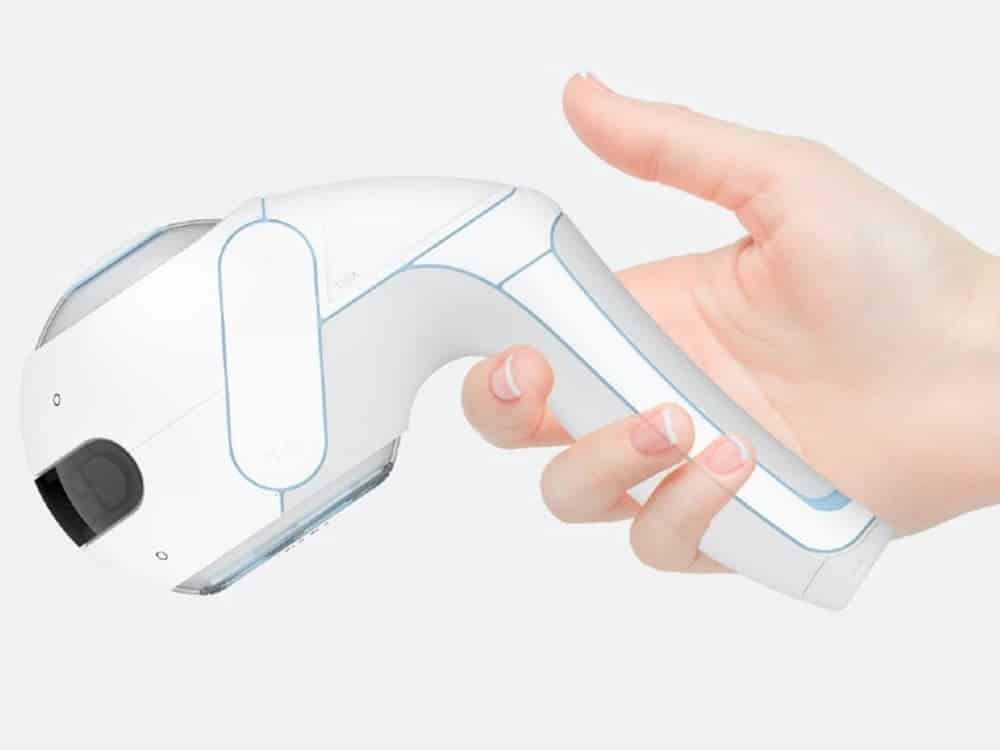 For the blind, the comfort of a guide dog is important. In the absence, a robotic and portable guide dog like Theia is perfect

Guide dogs play an important role as a mobility aid for the blind, but they are not the perfect solution for everyone.

There are several factors that can limit or prevent recourse. The cost, small apartments or even allergies can make these beautiful dogs unsuitable for many. Today a technology in development at Loughborough University offers another possibility. It's called Theia and it incorporates the functions of a robotic guide dog into a device that can be held in one hand.

The device is called Theia and was conceived by the industrial design student Anthony Camu, which drew inspiration from virtual reality game consoles and autonomous vehicles.

The technology is currently in the form of a prototype with some nodes to be smoothed out, but the basic premise is that Theia acts as a robotic guide dog to help visually impaired users reach their destination.

The key to the device is a particular gyroscope, which is often used as part of the attitude control systems of spacecraft, including the one used on the International Space Station.

The gyroscope allows Theia to provide force feedback depending on where it is directed and move the user's hand to guide them in the desired direction, just like a guide dog's brace.

Find your way as an autonomous vehicle

Theia orientates himself through a camera and lidar system that allows him to build a three-dimensional image of the environment, just like a self-driving car.

Users can enter their destination via voice commands and the onboard processors will determine the best route to take.

Theia takes into account real-time data on pedestrian and car traffic, as well as on time.

Sure, you wanna put the affection of a furry friend But if you really can't keep one, Theia for i Blind it can be a great alternative.

Sweat sweat! Science finds the enzyme of the bad smell of armpits