In a single spoon the content of 10 data centers, in a shoe box all over the internet. And without energy expenditure. Here are the steps forward in using DNA to save data.

DNA is millions of times more efficient at storing data than a computer's magnetic hard drive. Because? It can store data much more densely than silicon. For this it is possible to compress all the data in the world in a few grams of DNA.

Un new error correction method use DNA to save data. The researchers were able to memorize the entire Wizard of Oz, translated into Esperanto, with one greater precision compared to previous DNA storage methods.

In a new article published this week in the Proceedings of National Academy of Sciences, Ilya Finkelstein, associate professor of molecular biosciences at the University of Austin describes this method in detail. It is appropriate to say that we are on the yellow brick road towards the future of data storage.

They are not the first, but certainly the best

Researchers at the University of Texas at Austin are certainly not the first to have encoded a work of art on DNA strands to save data.

A team of researchers from Microsoft and the University of Washington has inserted 200 megabytes of data on DNA strands, including the entire book "War and Peace". In March 2019, they even came up with the first automated system for archiving and recovering data in the genetic material produced.

Today, other major tech companies are also working on the thing, including IBM and Google. There is also an ultra-secret United States project under development by DARPA.

All these teams envision a future in which some of the most valuable, but rarely accessible, data can be stored in DNA vials, extracted from the cold, dark laboratory warehouse, if necessary.

How DNA is used to save data

Since there are four building blocks in DNA, rather than the 1's and 0's of the binary system, magnetic hard disks, the method of genetic memorization it is much denser, he explains John Hawkins, another co-author of the new paper.

“A teaspoon of DNA contains so much data that it would take about 10 data centers to store it with current technology. You could put the whole Internet in a shoebox. "

Hawkins recalls when CDs were the dominant archival method in the 90s and promised to keep their data forever. It could last forever, in fact, just like plastic. But they had all reckoned without the scratches.

Data stored on DNA, on the other hand, can last for hundreds of thousands of years. In fact, there is a whole field of science called archaeogenetics that explores the longevity of DNA to understand the past.

Most importantly: DNA storage requires no energy. All you need is a cool dark place to wait until someone decides to access the data.

Pros and cons (are there any cons?)

The biggest advantage of DNA for saving data, in my opinion, is that our ability to read and above all "write" DNA will never become out of fashion;)

Like all data storage methods, of course, DNA also has some shortcomings.

Currently the most significant obstacle is the cost: Hawkins says that the current methods are similar to the cost of a hard drive in 1980. At the time, about 20 megabytes cost the equivalent of about 1.500 euros today.

Time and techniques will also allow the use of DNA to save data to become more accessible: and then we will keep the data forever, and without energy expenditure. 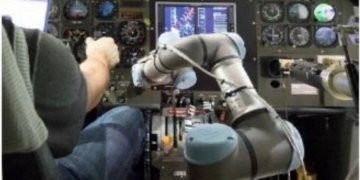