Proteus, a material that cannot be cut, is practically indestructible

It uses tiny vibrations inside to resist any attack: you cannot cut it and it is virtually indestructible. It is Proteus, a new, stunning material. 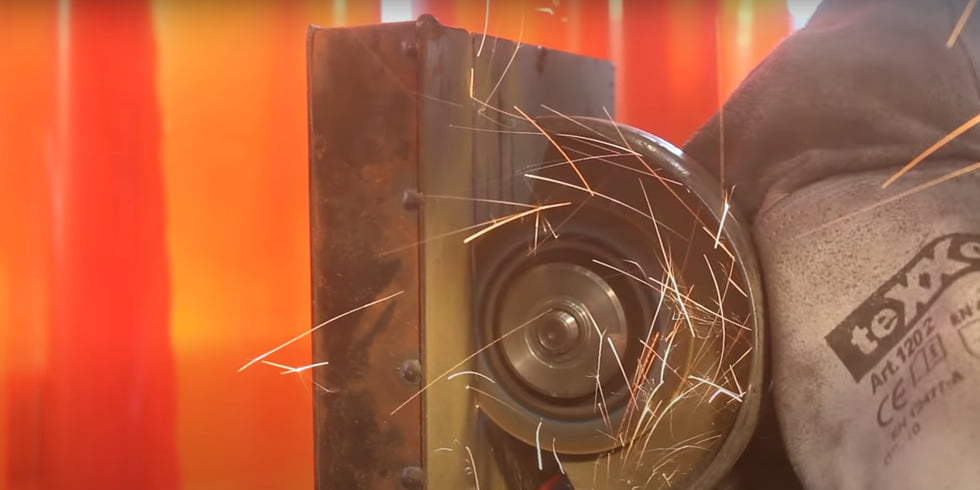 A new material called Proteus is supposed to have only 15% the density of steel, but it is completely cut resistant. I see inviolable bolts on the horizon.

Researchers in Germany and the United Kingdom have teamed up to create an indestructible material that, according to them, uses harmony and vibrations to counter any attempt to cut it.

How does Proteus work?

Are you sure you want to know? Sit down, I quote you directly the researchers' paper. He says: “Proteus's architecture derives its extreme hardness from the local resonance between the ceramic embedded in a flexible cellular matrix and the instrument that tries to scratch it. The action of any tool produces high frequency vibrations which in fact prevent the cut ”.

Inspired by natural examples such as grapefruit peel or the mother-of-pearl coating of shells, the researchers incorporated tiny ceramic alumina spheres between an inner layer of aluminum foam and an outer layer of steel alloy.

The process of obtaining the new material is, needless to say, quite complicated.

First, the aluminum powder is mixed with titanium dihydride (foaming agent) by centrifuge to ensure a uniform mixture. After the first phase, the resulting powder mixture is consolidated in a compressor and then extruded into bars of dense material, which are cut into smaller pieces. Subsequently, ceramic balls and compressed aluminum powder bars are stacked in an orthogonal grid pattern and encased in a steel box using spot welds. Eventually, the structure is then heated in a furnace at about 760 ° C for a period of between 15 and 20 minutes.

The possible applications of Proteus, an indestructible material

To try to make you understand what you could do with materials like Proteus, we evaluate a couple of examples. Think of a finger trap that tightens as you try to escape. Or a non-Newtonian fluid made of corn starch and water: no matter how squeezed its surface with one hand, it will never produce splashes.

To be more fitting with Proteus, I will tell you that hitting him is like shooting a bullet into a sack of sand. A single grain of sand is nothing special, but many grains together can safely slow down a bullet.

If you try to cut it you end badly

When an angle grinder or hydraulic cutter hits Proteus' ceramic microspheres, the “attack” is counteracted by strong vibrations or simply by the dispersion of the water flow. An angle grinder only gets a partial engraving but experiences a lot of wear. In other words? The grinder is destroyed before causing significant damage to Proteus.

The vibrational mechanism is equally effective against the electric drill, although the geometry of the drill bits differs from the grinder plate.

Merit of harmonic vibrations: a hidden cause of potentially catastrophic damage, from the power of earthquakes to the collapse of bridges. Workers who handle vibrating machinery in factories and machine shops can also experience health problems caused by exposure.

In short, we have before us a material that adapts its resistance to the type of offense it receives, becoming invincible. An indestructible material.

For the joy of the lockers. 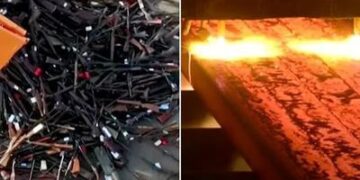 The Belgian government melts thousands of weapons in ArcelorMittal steel mills, and confirms studies on the subject: the future of security ...