There is only one thing worse than weeds: the pesticides used to eliminate them. Greenfield deploys weed-fighting robots to avoid pesticides. What are they doing? Hoe. 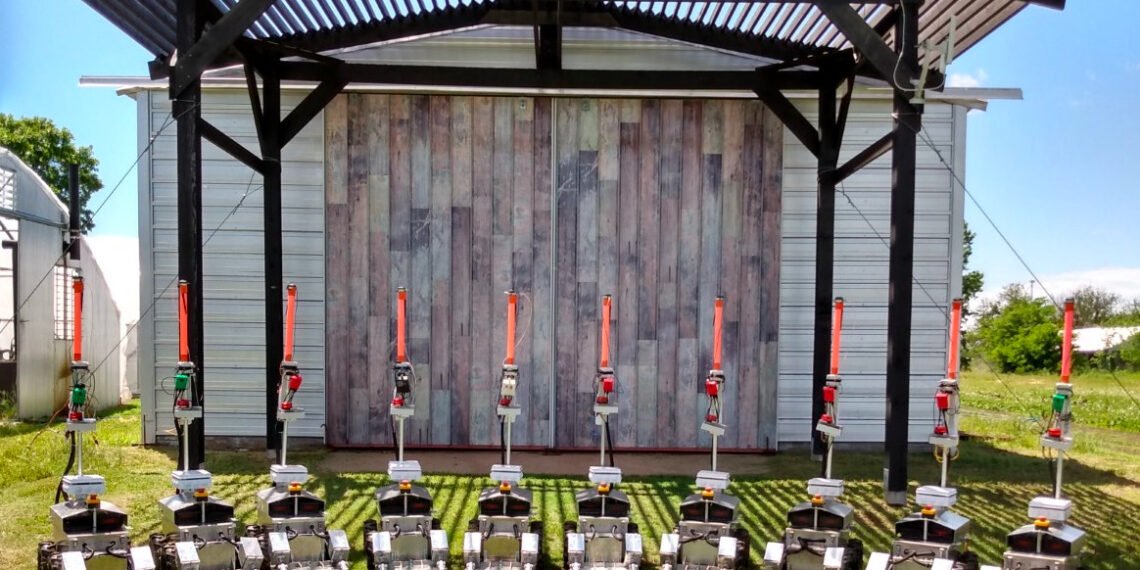 The farm of Clint Brauer in Kansas, it could be described as that of Uncle Tobia, but with robots.

Along with 1.6km square of greenhouses, a flock with over 100 sheep and Warren G, a banana-eating llama, at Greenfield there is a troop of ten 60kg weed robots. What are they doing? They promise to make us avoid pesticides.

Brewer, the co-founder of Greenfield Robotics, grew up as the classic country boy from Pozzettiana memory. He left for the big city, but eventually returned to the family farm. Now it has combined tradition and future, because the farm is also the research and development headquarters for the Greenfield Robotics team.

When Brauer returned to his agricultural roots, he did so with one purpose: to demonstrate that food could be grown without harmful chemicals. Pesticides can be avoided by embracing practices that respect the soil and the planet. It did so by becoming one of the main farmers who grow pesticide-free vegetables. It sells its excellent products to local markets, grocery store chains and chefs.

It wasn't enough to make a difference, though. A few hectares of vegetable production free of chemicals were nothing. Especially in comparison to the miles and miles of vast arable farmland that make up the majority of farms in the USA.

And this is where robots come into play.

Old and young farmers spend at least 50% of their time (and money) on controlling weeds. Right now, there are three solutions to the problem. None of them are perfect.

There is the good old human toil, an expensive and physically debilitating task. It is increasingly difficult to find help because, frankly, almost nobody wants to do it.

There are mechanical solutions, like tractors that pull plows, discs, shovels and motor hoes that kill weeds. But, as farmers have discovered, tillage disturbs the delicate microbial life of the soil, leading to decreasing yields and loss of soil.

Then there is solution number three: herbicides. They are still expensive, but cheaper than work, and they work. Where's the catch? The catch is there, and it is atrocious.

Farmers are choosing the chemical option overwhelmingly. A study published last month in the Environmental Health Journal shows that 1,3 billion euros in agricultural pesticides have been used in the US.

Glyphosate, or 'Roundup', is the most commonly used herbicide in the world and the one most consumers have heard of. It was designated probable human carcinogen by the WHO cancer agency as early as 2015. The independent research group The Detox Project reports that glyphosate may be an endocrine disruptor and it is unclear whether levels of "safe use" Established are safe in the long term.

Its excessive use has led to “super weeds” resistant to glyphosate and sometimes requiring even more aggressive and toxic substances, even for the very health of farmers.

The Greenfield robotic solution is based on a simple idea: keep mowing.

Simply no longer do it by hand, but delegate someone, sorry: something else.

The enemy number one

When Brauer started thinking about which grass to hit first, the purslane orelacea or amaranth was an obvious first enemy. It is the prototype of the nefarious weed: invasive, adaptive and resistant to herbicides.

A single plant can grow over one meter and eighty and produce up to half a million seeds. It spreads easily and farmers must continue to work to get rid of it even after their harvest starts growing, otherwise it quickly takes over.

Brauer has trivially discovered that if struck repeatedly, a few inches off the ground, the purslane eventually gives up the fight and dies. Well. There is a problem, though: if you mow a field of sour cherries, you are mowing everything. Including, technically, the crop you are trying to grow.

A standard-sized tractor and mower does not fit in soy, corn, cotton or any other wide-brimmed crop, which is typically sown in rows 75 centimeters apart. And a heavy tractor and lawnmower cannot go to the fields when they are too wet or risk being planted there.

Not to mention that to avoid pesticides, to weaken the growth of the weeds and to overcome their rhythm, one should stand there mowing non-stop.

Weedbots, mowing robots, are small enough to fit between rows, light enough to work in muddy fields and, the best part, they can do it alone. Also on the team.

Brauer contacted an old friend, Steven Gentner, founder of RoboRealm, an IT company. Teaching to farm robots seeing the rows of crops was relatively easy.

Large-scale agricultural production is already suitable for robots because it is already hyper-controlled. Large farmers plant straight rows that stretch for kilometers at exactly the same distance.

Each weedbot has a sensor that allows it to detect depth. He can “see” the rows planted in the field extending into the distance, thanks to artificial vision. It can combine this capability with standard row spacing data, and update its location in real time with GPS.

The Small Robot Company is a UK-based robotic startup that produces robots that electrically "hoe" seedlings to avoid pesticides. He obtained funds for 5 million euros. Founded in 2015 with a crew of four robots (Tom, Dick, Harry and Wilma), it almost immediately focused on the problem of weeds.

The Small Robot Company distinguishes between weeds and crops differently than Greenfield. Instead of relying on established crop rows that weed robots can see and follow, it focuses on photographic and scanning technology instead.

Robot Tom starts the process by scrolling the field and mapping it. This information is uploaded to Wilma. Then Wilma tells "Dick", the "digger" robot, to get to work,

Dick, which is the size of a small car, follows Wilma's directions and moves across the field at walking pace, identifying each weed seedling based on previous mapping data.

This solution is more complicated than Greenfields mowers, but allows greater capillarity.

In its first tests in Kansas, the Greenfield team encountered some unexpected obstacles: a shovel. A piece of pipe. A rock. When this happens, the robot shuts down the mower, an off-site operator intervenes and solves the problem remotely. Despite this limit, the prices of weed robots are lower than those of chemical solutions.

That's why Greenfield has raised $ 500.000 in funding for its weed robots, and is in the process of receiving another 8 million.

Even if robots could do nothing but control weeds, avoiding pesticides would have the potential to revolutionize agriculture. Come on, weedbot! 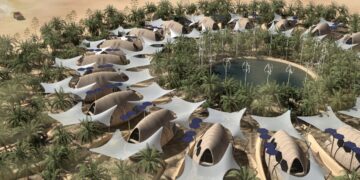 Si vis pacem, para bellum: a world of climate change requires solutions of contrast, but also of adaptation. The concept ...