We all know the formidable sense of smell of dogs: it does not seem to be the only gift. An exceptional study reveals that dogs would "consult" the Earth's magnetic field for orientation. 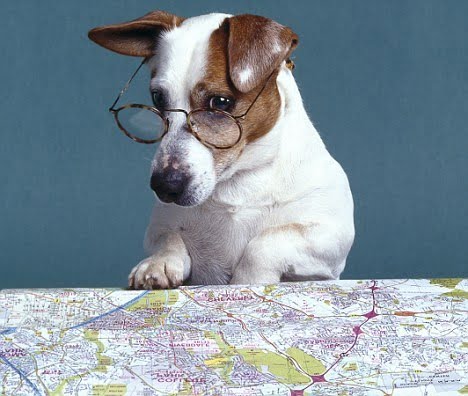 Dogs are famous for their world-class sense of smell. A new study suggests that they may have an additional, albeit hidden, sensory talent: a magnetic compass.

The sense seems to allow dogs to use the Earth's magnetic field to calculate shortcuts in unknown terrain.

The discovery is an absolute novelty in dogs, he says Catherine Lohmann, a biologist at the University of North Carolina, Chapel Hill, who studies "magnetic perception" and navigation in turtles. It notes that the navigational skills of dogs have been much less studied than migratory animals such as birds. “We need an overview of how dogs build their image of space,” he adds Richard Holland, a biologist at Bangor University who studies bird orientation.

There were already clues that dogs (like many animals, and maybe humans too) can perceive the Earth's magnetic field. In 2013, Hynek Burda, a sensory ecologist at the Czech University of Life Sciences in Prague, who has been working on magnetic reception for 3 decades, has shown that dogs tend to orientate from north to south when urinating or defecating.

Because this behavior is involved in marking and recognizing territory, Burda argued that alignment helps dogs understand position relative to other points. But fixed alignment is not the same as orientation.

In the new study, the researcher Kateřina Benediktová, initially put cameras and GPS trackers on four dogs and took them on a trip to the forest. Dogs ran to chase the scent of an animal for an average of 400 meters.

The GPS tracks showed two types of behavior during their return journeys to their owner (see map, below). In one, nicknamed tracking, a dog would have retraced its original path, presumably following the same scent. In the other behavior, called scouting, the dog would return along a completely new path.

Observing the first data highlighted a curious feature: in the middle of a scouting path, the dog stopped and ran for about 20 meters along a north-south axis (see video below) before starting to turn back. These short brackets similar to a "recalculation" of the GPS were perhaps an alignment along the magnetic field, but the team did not have enough data to be sure.

So Benediktová and Burda have expanded the project, unleashing as many as 27 dogs in several hundred trips in 3 years.

The researchers closely examined 223 scouting cases, in which the dogs roamed an average of 1,1 kilometers on their return. In 170 of these trips,  the dogs stopped before going back and ran about 20 meters along a north-south axis. Dogs that did, tended to go back to the owner through a more direct path than when they didn't.

The dogs were brought to a part of the forest where they had never been, so that they could not rely on familiar landmarks.

Burda thinks that dogs run along a north-south axis to understand which side they are on. "It's the most plausible explanation", He says. The implication is that dogs they can remember their previous direction and use it in reference to the magnetic compass to understand the most direct route home.

Adam Miklósi, who specializes in dog behavior at Eötvös Loránd University, says that designing experiments on magnetoreception perception is complicated because it's hard to rely on an animal on that sense alone. "The problem is that in order to demonstrate 100% magnetic sense or any sense, you need to exclude all the others."

Burda and Benediktová are taking a different approach. In a new experiment, they will put magnets on the dog's collars to disturb the local magnetic field and see if it hinders their ability to orient themselves.

Miklósi says it would not be surprising to find that dogs can use the magnetic field to orient themselves, and it could be a quality found in any mammal that crosses vast territories.

An ancient skill, which living beings would have developed from the very beginning, to help themselves in hunting. 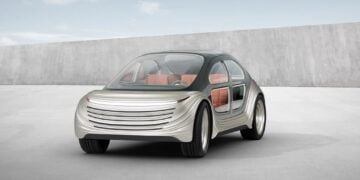 A car that not only pollutes less, but reduces the pollution produced by other cars? Airo: presented yesterday, it will be on the market from ...