From science fiction to research ground for the united nations: floating cities could offer partial or total solutions to different problems. 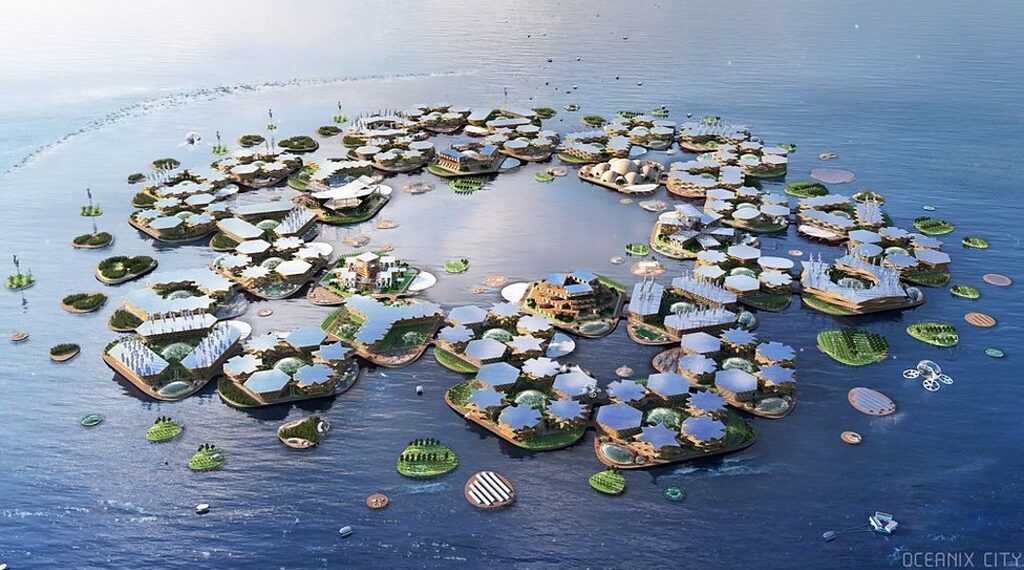 Full-blown cities, floating in ocean waters like ducks in a bathtub. Does it sound like science fiction? It is, at present. But plans for the development of floating cities, along with the technology that allows them to work, already exist.

And there are already avant-gardes of the future inhabitants of floating cities. A couple of supporters of the cause built a house off the Thai coast: Chad Elwartowski and his wife, the Thai native Nadia Summergirl, are the first "pioneers" mentioned by Seasteading Institute, an institution whose goal is to build politically autonomous cities on the sea.

After this first, troubled experiment, the direction seems to be to build whole, small neighborhoods nestled on 3D printed artificial coral reefs. Another thing that looked like science fiction until yesterday, and today is in progress. Elwartowski himself is working on the project and in March released a video describing plans to continue at full speed despite the pandemic.

From neighborhoods to floating cities

Brydon Wang, a technology and construction lawyer and researcher at Queensland University of Technology, explains that floating cities could allow buildings to be "mobile and reprogrammable." They would also be added values ​​in the management of emergencies. The first to come to mind are that of Covid (although the floating quarantine facilities were a disaster) or fires in Australia. In emergency situations, accessibility can be the difference between life or death for the most vulnerable members of society who lack the mobility to escape unassisted. Floating emergency structures can be designed to have easier accessibility, closer to the water surface, and structures needed to support displaced communities for extended periods of time, perhaps even full time.

Last year, as part of UN-Habitat, its human settlement program, the UN has announced an initiative to investigate floating cities as a sustainable solution to the growing problem of urban density, scarcity of the earth and climate change.

During a high-level round table on the subject, the deputy secretary general of the United Nations Amina Mohammed he explained that the way we have built cities in the past, citing New York and Nairobi as examples, is not sustainable for the future.

The cause is their impact on climate and sea level rise. Floating cities can help communities in places like Bangkok, where the risk of flooding threatens to destroy "static" settlements. Mohammed cited other examples including Lagos, Nigeria, where "one of the responses to land shortages and a growing population is a series of floating villages on the outskirts of the city." He also mentioned Singapore, where land shortages have led to massive reclamation, which is costly and harmful to the environment. Rather than fighting to reclaim land from the water, he says, building floating cities directly would make them more adaptable to change.

There are also precedents of successful floating development. Cities like Seattle, Jakarta, and Mexico City have been offering the place to houseboats and floating markets for some time, expanding the places where people can live and work on the sea. In Victoria, British Columbia, there is an entire floating market called Fisherman's Wharf. Shops, restaurants, boats and colorful houseboats are all connected by a grid of piers along the harbor. Solution valid for both residents and tourists.

Energy autonomy: currently existing floating developments run on the same energy sources as on the mainland. However, the latest and most futuristic floating city models run autonomously on green energy with zero net emissions and effectively support marine environments rather than disturb them. “When entire floating communities are designed from scratch, they can be designed as climate neutral. Why not use the abundant wind and water to cover all their electrical needs? ”Says Amina Mohammed.

The prototype in Thailand I mentioned at the beginning of the post runs on solar energy provided by panels on the roof. Many of these floating city concepts include solutions such as hydroponic walls to grow food and ways to convert algae into energy, or rain into usable water. More advanced concepts such as Oceanix , designed by the BIG architecture firm, or Aequorea , a futuristic “oceanscraper” by Vincent Callebaut, they also boast fully developed underwater marine habitats that thrive right below the water's surface. Will they end up like Marty McFly's flying cars and hoverboards or will they find an outlet?

Innovators, researchers and private sector leaders can develop the technologies that enable floating buildings, neighborhoods or cities to be built in a sustainable, resilient and livable way. Governments can offer incentives for innovation to thrive. And local authorities can facilitate the construction of pilot projects. I don't say it, but always Amina Mohammed.

Just like any city planning, floating cities will rely on technology to establish an infrastructure that supports the needs of the population. Floating cities are not libertarian utopias of the future. They can be more sustainable extensions of existing cities: an ecological alternative to destructive reclamation or deforestation, a solution to land scarcity that does not require real land.

The future that takes the sea after a happy and lucky launch. 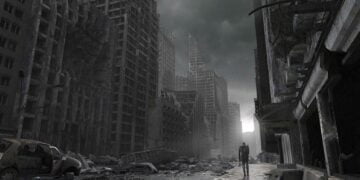 A vulnerable world, in which a single person can kill hundreds of thousands of others from anywhere, anywhere ...