Wealth is the biggest global threat according to a new scientific report. True sustainability will be achieved only through drastic changes in lifestyle, the report says.

The World Economic Forum has called for a major restructuring of capitalism in the wake of the pandemic: it is one of the main conclusions of a team of scientists from Australia, Switzerland and the United Kingdom. The team warned that the fight against excessive consumption must become a priority.

The report, titled "Scientists' Warning on Affluence," explains that true sustainability requires significant lifestyle changes, not the hope that more efficient use of resources is sufficient.

“We cannot rely on only on technology to solve environmental problems existing such as climate change, biodiversity loss and pollution ". This is what the lead author of the report, Professor, writes Tommy Wiedmann of the Australian University of New South Wales Engineering, in an article on Phys.org. "We need to change our rich lifestyles and reduce excessive consumption, in combination with structural changes."

It is widely recognized that the planet could face an ecological tipping point.

"To take care of humanity, we must take care of nature," said the UN secretary general António Guterres on the occasion of World Environment Day in June.

Guterres stressed the importance of making changes as the world recovers from the recent pandemic: "As we work to rebuild better, we put nature in its place, that is, at the center of our decision-making process ".

About half of global GDP is related to nature

The threat of human-caused environmental damage was highlighted in the World Economic Forum's Global Risk Report 2020, where it is located in the top 10 most probable and most impactful risks.

Consumption, a threat of species

The main problem outlined by the report is that any increase in resource efficiency and environmental protection offered by technology-based solutions has been outweighed by growth in consumption. To the point that it might be time to rethink traditional ideas about supply and demand.

In capitalist societies, the theory states that consumer needs drive the rest of the economy: firms will only produce things for which there is demand. (One of the reasons why in the middle of the Covid disaster there were no masks around)

The reality of 21st century global capitalism is a little more complex than that. And a little bit worse, too. Some economists argue that growth itself is the problem.

It is time for a reset

An economy must be created in which the market pursues fairer results for all, supported by changes to fiscal, regulatory and fiscal policies and new trade agreements. Investments are needed that promote shared objectives, such as equality and sustainability. It is already happening in some parts of the world, those where economic stimulus programs are being implemented. We need greater public / private collaboration in the pursuit of the public good.

The pandemic devastated families and blocked major economies. But by directing resources towards new and improved systems and processes, rather than supporting existing ones, a lasting change for the better is possible.

This belief is echoed in the scientists' report, which shows that wealth is "actually a dangerous global threat and leads to planetary-scale destruction." The co-author states this Julia Steinberger, professor of ecological economics at the University of Leeds.

To protect ourselves from the worsening of the climate crisis, in other words, we must reduce inequalities and challenge the idea that wealth and those who own it are inherently positive role models.

This is the real global threat to be faced. 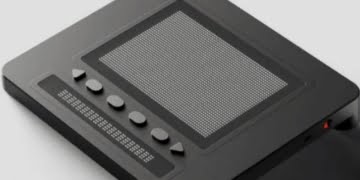 The first drug in the world that can block Parkinson's