Robots continuously improve, and Salto has been doing it with great commitment for over 4 years. For this reason, today it is able to jump high and land on its feet to the millimeter: it will be useful on rough terrain and in research missions. 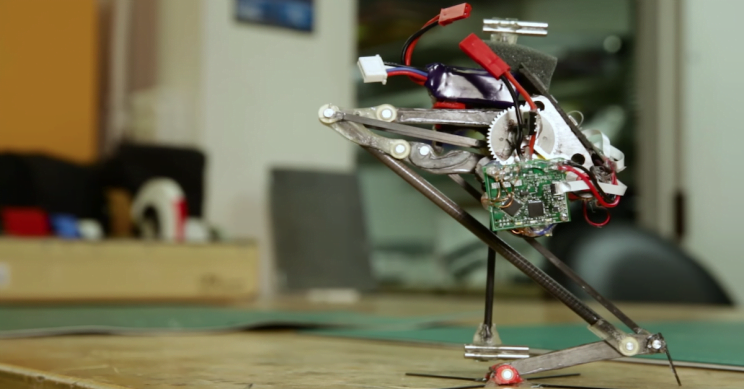 Last September I told how the Boston Dynamics robots also added the ability to perform routine routines to the various advancements gym and to balance on difficult terrain.

Now a new advance in robotics: Salto, the robot of the UC Berkeley biomimetic laboratory has shown that he can jump with the precision of an Olympic athlete.

To the Prince of Persia

Salto has been practicing in UC Berkeley Biomimetics laboratory since 2016 to perfect his technique. He made some jumps, and made some way. In 2018, two years after his first jump, he was already one meter off the ground. A nice jump from a standstill, straight for straight, like the old Prince of Persia platformer.

There was only one small problem: Salto couldn't land. It's not a small problem, it means that his impressive jumps always ended with the robot lying on the floor like an figure skater who had failed to land.

The problem is explained by the head of the researchers working on Salto, Justin Yim. Is that when the jumpers land at an angle, "Their falling motion can be transferred into an enormous amount of angular momentum".

A gymnast solves the angular momentum problem by taking a step to maintain balance. This is not possible for Salto, for one simple reason: Salto has only one leg.

And then Salto turns his arms

For this reason, "the landing angle of Salto must be very precise, or the angular momentum will be too much to prevent the tail of the reaction wheel," he explained. Eight. "Falling from 1 meter, Salto has only 2.3 degrees of room to maneuver forward or backward if he wants to land without falling."

The UC Berkeley team has programmed their Leap robot to turn the tail of the reaction wheel in the same way that someone landing on a beam or ledge rotates their arms to maintain balance when they can't step forward.

In a test of 60 jumps, Salto only fell three times, sat on his “heel” five times and made a perfectly controlled landing 52 times.

A precision that could help the Berkeley team to achieve the real goal: to build a robot capable of crossing difficult terrain and helping humans in search and rescue missions. 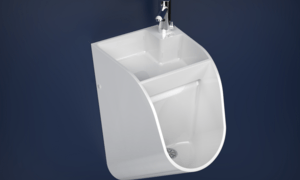 Bizarre, but truly effective: the urinal sink does its duty, and it does it well. Would you put it in the house or ...