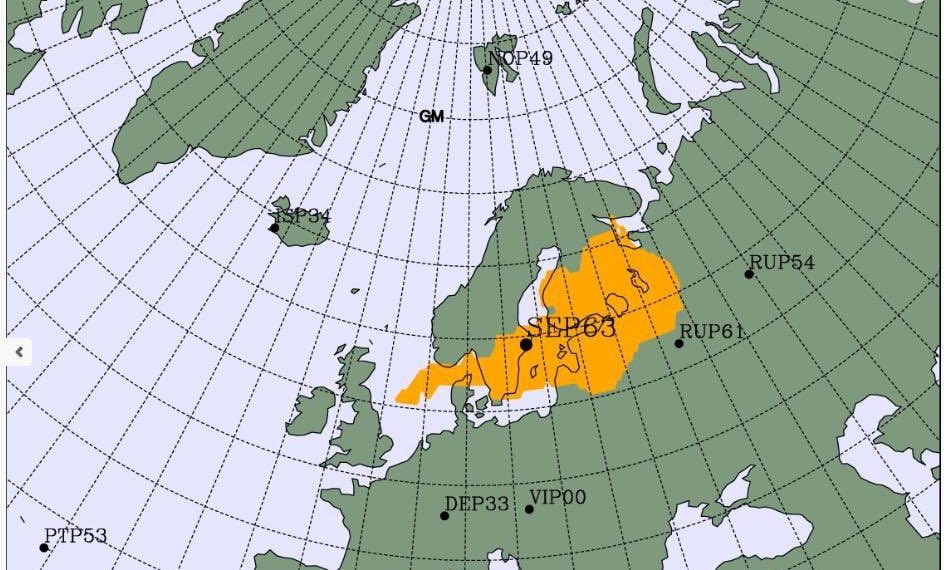 A mysterious rise in radiation levels in northern Europe was detected this month by authorities in several countries, although no nation has yet come forward to claim responsibility for the anomaly.

An anomalous radioactive spike (at levels considered harmless to humans, but significant enough to be picked up by radiation monitoring stations) has been reported in Northern Europe. The European nuclear authorities have announced the discovery of this radioactive cloud after a new reading of the particles of radionuclides produced by man in the atmosphere.

Similar observations have also been made by the radiation protection authorities in Norway and Finland. A couple of days later he pronounced himself too Lassina Zerbo, Executive Secretary of the Global Organization of the Nuclear Test Prohibition Treaty.

Zerbo tweeted a map of this mini radioactive cloud outlining the possible region of origin of the anomaly. It is largely located in a territory within Russia (in an area that would include two nuclear power plants). However, the anomaly also includes parts of Finland, Sweden, Denmark and Norway.

"These isotopes most likely come from a civilian source," Zerbo tweeted. The official suggested that it is a source linked to nuclear power generation. Specifying: not to nuclear weapons.

“We are able to indicate the probable region of the source. However, it is not in the mandate of the CTBTO (Global Organization of the Nuclear Test Prohibition Treaty) identify the exact origin. "

On Friday, the Dutch National Institute for Public Health and the Environment (RIVM) also made a statement. The Institute announced that, based on an analysis of the available data, the "combination of radionuclides could depend on an anomaly in the fuel elements of a nuclear power plant."

Based on the available evidence, the organization suggested that the detected radioactive particles come from the direction of Western Russia. He then clarified that this does not mean that they are permanently connected to Russian power plants.

The radionuclides seem to have traveled from the direction of western Russia to Scandinavia. At the moment, however, it is not possible to indicate a specific country of origin.

In response to the hypotheses circulated online, a spokesman for Rosenergoatom, part of the Russian society fornuclear energy Rosatom said that the two nuclear power plants in the region are operating normally. And he points out: with normal radiation levels reported.

“Both stations are operating at normal speed. There have been no complaints about the work of the plant ”. This is the laconic statement of Rosenergoatom to the Russian news agency TASS.

“The aggregate emissions of all specified isotopes in the above period did not exceed the reference numbers. We do not report incidents related to the release of radionuclides outside the containment facilities. "

As it stands, it is difficult to say whether further evidence will confirm the origin of this slight radiation wave. The accident recalls a similar situation occurred in 2017, in which another radioactive cloud was detected in Europe.

During that episode (also at levels harmless to people) many suggested the responsibility of the Russian power plants.

A hypothesis later supported by scientific discoveries, although contested by Rosatom.