Properly engineered adenoviruses can fight cancer by killing cancer cells. Here are the important results of a Japanese study.

In times of global suspicion (currently unsupported by any evidence) there is a confirmation: viruses can be "built" in the laboratory, but not all of them have negative effects. One in particular, according to new research, has decidedly positive qualities.

Researchers at the University of Hokkaido in Japan have genetically engineered adenoviruses, which are a family of viruses that cause mild symptoms, to fight cancer. Such as? Replicating within cancer cells and killing them.

it is reported in a new article in the journal Cancers.

An "enriched" virus to fight cancer

To do this, Fumihiro Higashino, a molecular oncologist, and his team have inserted elements rich in adenylate-uridylate (ARE) from two human genes (a stabilizing element found in a type of macromolecule present in all biological cells) in two strains of the virus to help them specific to attack all cancer cells.

"The idea behind it is that AREs will stabilize adenoviruses, allowing them to replicate only inside cancer cells but not in normal healthy ones", said Higashino in a note.

To test for the modified virus, the researchers inserted human cancer cells under the skin of naked mice. They then injected the adenovirus into the tumors, causing significant shrinkage, the researchers said.

Higashino said the results are promising not only for fighting cancer but for a range of other diseases.

“The viruses we have designed may also have the potential to treat diseases other than those oncologic. For example, those related to inflammation, viral infection, hypoxia and ultraviolet irradiation ", said Higashino.

"Fight fire with fire," said that old Metallica song. Never as this time can there be a sense in these words. 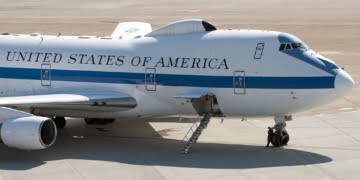 It is totally analog and nuclear attack-proof: and on Monday, immediately after Putin's statements, he left for ...