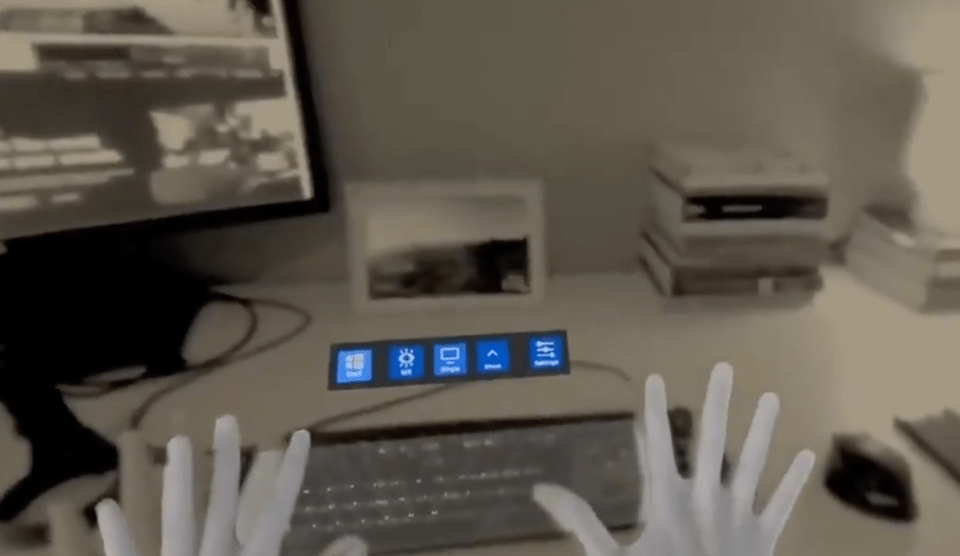 Facebook has shown its vision of the smartworking of the future through virtual and augmented reality.

The Facebook manager for virtual reality and augmented reality, Andrew “Boz” Bosworth, he tweeted a fragment of video showing real existing technologies. They could draw the whole future of smartworking.

It's only eight seconds long, but it gives us an idea of ​​what the tech giant is planning.

“On the subject of enhancing remote work and productivity, we worked on mixed reality concepts. They rely on existing technologies such as Passthrough to enable people to move from the real to the virtual world. This is real footage using prototype headphones. We are always experimenting with future concepts using different hardware configurations as part of our proof of experience process. "

The clip presents virtual computer screens "immersed" in a real context. They are resized and arranged with the simple gesture of a virtual hand controlled by a wearable device.

Facebook explains in a blog post: “In the future, we could create an enhanced workspace with more customizable screens in VR, without the limitations of physical monitors. It would leverage technologies like Passthrough to create a mixed reality productivity experience that allows people to switch between real and virtual worlds at any time, improving spatial awareness and offering the same flexibility we're used to with laptops and other devices. common".

The concept is also explored by others

In short, between virtual reality (totally developed by a computer and shown through a viewer) and augmented reality (graphic elements superimposed on the vision of a normal scenario) the mixed reality, an advanced augmented reality. A "double immersion", almost a fusion between real and virtual.

What do you think of the Facebook vision? Let me know in the comments.