Increasingly strong indications of life about Europe. Underwater thermal springs and oceans under the ice make a British scientist even venture hypotheses on the extraterrestrial life form hosted by the moon of Jupiter. 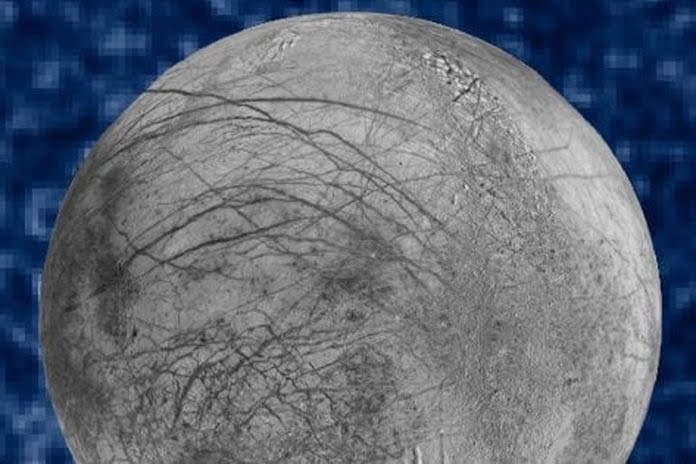 They're debating the statements of a British scientist in support of extraterrestrial life about Europe.

Europe could have favorable conditions for life under kilometers of ice.
The moon is one of 79 on Jupiter.

Although the search for life on other planets seems unsuccessful to date, the task continues to incentivize space exploration.

The British space scientist, the professor Monica grady, provided some insights into this during a recent speech. Grady is certain that there is some form of life on Europa.

This form of life on Europa would not be humanoid, but would rather have a shape and intelligence similar to that of an "octopus". It would likely reside in the cold waters beneath Europa's ice sheets

Life on Europe, and maybe on Mars

Professor Grady went beyond her prediction of life forms on other planets. He has declared that even the deepest caves and cavernous space of Mars could harbor some subterranean creatures, probably bacteria, who took refuge there to escape the solar radiation. They could get water from deep-buried ice.

The When it comes to the prospects of life beyond Earth, it is almost a certainty that there is life under the ice on Europe

Where would the creatures live on this Jupiter moon?

Somewhere under the very thick layer of ice, which in some places reaches a depth of 20 kilometers. It's possible, Grady says, that there is liquid water underneath all that ice, and it protects anything living inside it from radiation and the impact of strikes from asteroids and similar celestial bodies.

The probability of life on Europa is reinforced by the possible hydrothermal openings on its ocean floor. On Earth underwater thermal vents have been a cradle for life.

In 2019, water vapor over Europe was confirmed by NASA for the first time.

Grady thinks that our solar system is not particularly special and that statistically speaking we should be able to find conditions for life in the course of our explorations. "I think it is highly likely that there will be life elsewhere, and I think it is very likely that they will be made of the same elements", said the professor.

Grady doesn't say if we will contact the extraterrestrials soon, because the distances between us and any aliens could be gigantic.

On Europa, however, the conversations about alien life are not far-fetched. As NASA explains, scientists call Europe an "ocean world" after decades of observations that suggest an ocean beneath its ice sheets. And not by chance there are two missions leaving.

With the right conditions for life, does this moon have small ET octopuses swimming? The future will tell us.

PS - British, American or English-speaking friend: I have found many requests for this article for your language. So I decided to offer you this near future article in English. Find it here.

Baidu, the "Chinese Google" (even if the definition is reductive) flexes its muscles for the future and proposes itself as ...