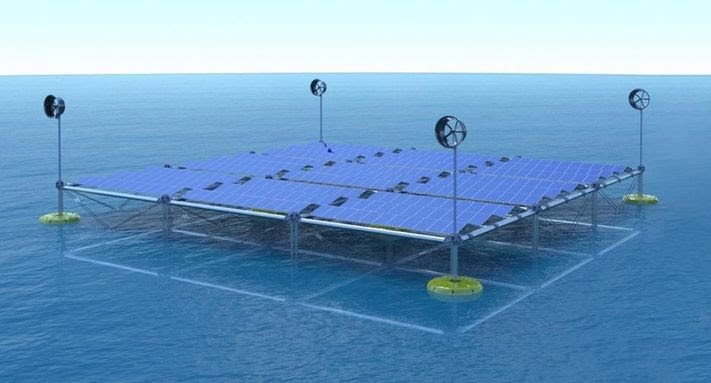 Starting this summer, the company hopes to offer solar panel manufacturers the opportunity to test and demonstrate photovoltaic panels on an offshore floating platform off the Greek coast as part of an off-grid energy solution.

Offshore Wave Energy Conversion (WEC) is nothing new; new pioneering developments are taking place in this field at all times. However, what makes this particular platform unique is that it has been designed to be modular and extremely easy to connect and expand, so different combinations are possible.

Here is the concept of the full ocean hybrid platform, which offers the conversion of waves, solar and wind energy SINN

“The modular design was a key element. It will allow flexibility and a wide variety of applications ", says dr. Philipp Sinn, CEO of Sinn Power, in Forbes. "The floating platform can provide renewable energy, for example, to islands around the world, and contribute to the worldwide implementation of offshore wind farms."

The electric sensors with IP68 protection degree that the platform is equipped with continuously transmit data to the diagnostic centers. They are the real sensory organs of the whole structure: they allow the timely detection of anomalies, the prevention of potential failures, the analysis of the models of power supplied.

Sinn says he can easily optimize a service plan for potential customers and anticipate repairs before serious damage occurs. The key, Sinn says, is making this technology accessible.

Each floating unit or module consists of four integrated wave energy converters that generate energy in relation to the water conditions. For regions with low wave energy potential, the unit can also be equipped with a set of 20 kW photovoltaic cells. Likewise, up to four small 6 kWp wind turbines can be equipped and finally a combination of all three is also possible, making optimal use of the environmental conditions surrounding the platform.

Sinn states that there is no limit to the number of units a potential could have.

The modular structure makes it possible to use the same components by increasing or reducing the volume of energy supplied, and making the most of the peculiar characteristics of each place. Areas with more swell will use more water. If there are more than twenty in an area, space forAeolian and so on.

The idea, which went from patent to prototype in just two years, attracted a lot of attention from partners and investors.

“We are now preparing a mobile platform to use as a showcase, to allow wider access to potential customers. Politicians and representatives from other European nations have already visited it, ”says Sinn.

The start of commercialization of the system is planned for the next goal. 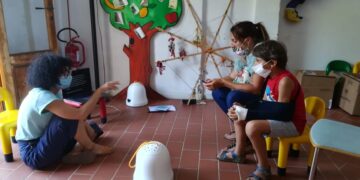 Storybell is a magic bell that at one command connects children to people who want to read fairy tales.The Storytellers Project ...