It might sound bad to say these days, but humans are getting longer and longer. Alongside the increase in life expectancy, however, there is an increase in the occurrence of age-related diseases such as cancer and dementia.

Understanding the biology of aging and knowing each gene or protein involved in these processes will help us increase our longevity. More: the period in which to be able to live healthy and productive, without age-related diseases.

In a recent study, a team from the University of East London has identified a new anti-aging protein called Gaf1. Researchers found that Gaf1 controls protein metabolism, a process implicated in aging and disease. They also discovered something much more interesting: without Gaf1 the cells have a shorter duration.

Aging is a complex process and depends on both genes and environmental factors, such as diet. It is well known that low calorie diets can extend lifespan. This applies to a variety of organisms including yeasts, rats and monkeys. Short-term studies suggest that it also improves human health.

However, scientists now realize that it may actually be the amount of specific nutrients (such as amino acids, the building blocks of proteins) that is most related to longevity, and not so much the amount of calories consumed.

Cells take in nutrients through specific molecules within our cells. One of these molecules is the target of the enzyme Rapamycin, also known as TOR. TOR detects the amount of amino acids present in the body and available to the cells.

When our cells have many amino acids, the TOR enzyme changes our metabolism and instructs the cells to grow by producing a lot of proteins. This process is called protein translation.

But if the amino acids are limited, TOR informs the body that it is on the alert. This "stress response" is beneficial for cells and the body in general, while an increase in translation and protein turnover is harmful. This is because longevity is intimately related to an organism's ability to effectively deal with internal and external stresses. A cell that is "on alert" fares better. A cell that invests in the translation of proteins, therefore in growth, lowers its defenses and cannot cope with stress effectively.

The latest findings revolve around new functions of the Gaf1 protein. Gaf1 is a transcription factor, that is, it is a protein capable of binding to the cell's DNA and activating or repressing specific genes. When TOR is active, Gaf1 is found in the cytoplasm of the cell and does not bind to DNA. However, when TOR is inactivated through diet or medication, Gaf1 can travel to the nucleus and bind to DNA.

The team found that when it binds to DNA, Gaf1 ensures that the cell will stop translating energy into protein translation. In other words, the cells stop "growing" and remain in a state of "alert". In a nutshell: The University of East London team has found a molecule that mediates some of the beneficial effects of dietary restriction.

Although the study looked specifically at yeast, proteins similar to Gaf1 exist in many animals (including humans) and have been shown to control development and stem cells, both of which are important for the development of diseases such as cancer. It is possible that these proteins have the same function in humans as Gaf1 does in yeast.

Studies in the field continue, and will allow us to better understand how specific drugs or diets can modify the functions of the body to our advantage, increasing health and also longevity. 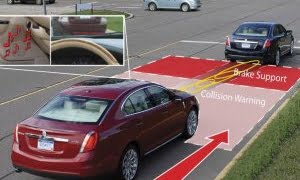 The future of cars in the United States focuses on safety. Since September 2022, XNUMX, in fact, the electronic system ...