The solar floor system makes both energy supply and car charging much more beautiful and comfortable.

Platio is one Hungarian technology company based in Budapest, focused on creating sustainable building materials.

Founded in 2015, three years after its birth Platio had launched an idea that immediately appeared very interesting, albeit expensive: that of a “solar floor” that exploited as many surfaces as possible.

After almost two years of development, Platio seems to have optimized its processes, and has just installed the first solar floor to be used on a residential driveway.

The system consists of several interlocking units called “solar tiles”. Each tile is made from 400 recycled plastic bottles which make the product more resistant than concrete.

The generated energy is sent back to the home's electricity grid. According to company announcements, a 20 square meter solar driveway can cover the annual energy consumption of an average family.

A predictable and “natural” part of installing electric tiles and a solar floor is using it to charge your electric vehicle.

In addition to collecting energy, in fact, this modular system is also able to supply it in a "wireless" way. Paving a garage both on the outside and inside will allow us to park outside or inside, leaving the car to recover energy.

I also like them on an aesthetic level, they give a touch of High-Tech even to any urban spaces. One day we will have vehicle recharging squares, or rather entire parking lots paved with electric tiles.

The solar floors of Platio are available in four colors and you can walk easily on foot. The anti-slip treatment makes them stable even when it rains.

In short: the electric road seems paved with good intentions. In the true sense of the term! 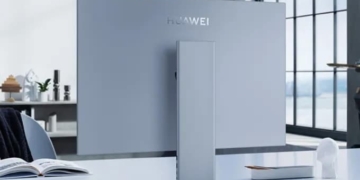 Have you just looked at Facebook and emails on your computer? Or do you play for hours? In the latter case, you need ...