For many, the stress of the coronavirus will turn into a diagnosable mental health problem. Here are dimensions of the problem and possible solutions. 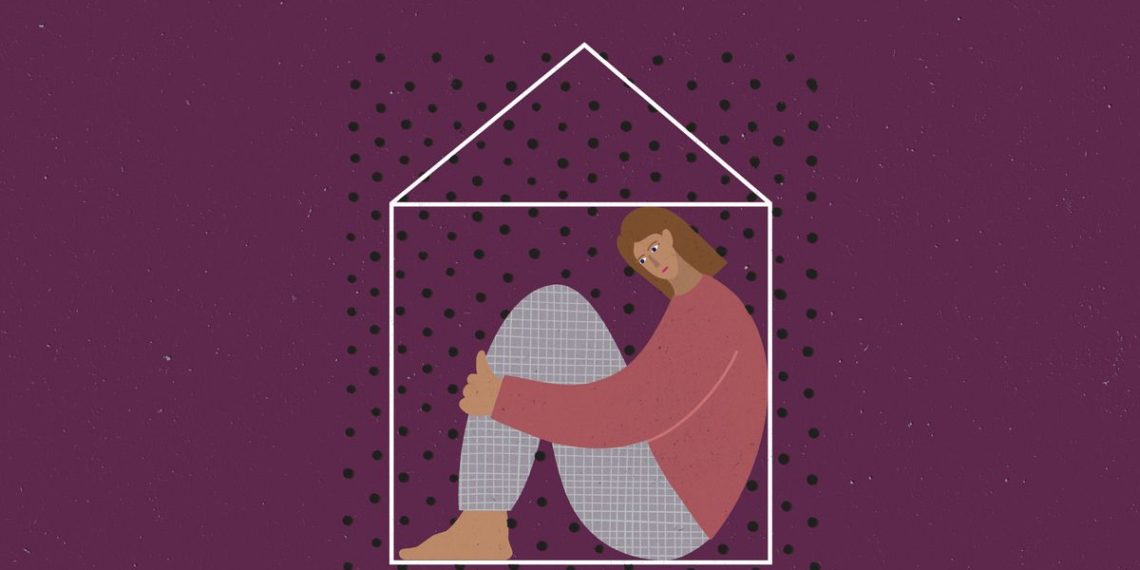 There is a phrase to describe what we are experiencing: collective trauma. We are all in mourning: for the death of a friend or relative, for the death of our way of life or for the awareness that things will never be the same again. Most of us have some level of anxiety due to the loss of control over our life and the lack of a clear ending point of the crisis. For some, stress will turn into a diagnosable mental health problem.

It will take years to recover

Il brain it is complex, and we are not all experiencing the same emotion. Healthcare professionals who treat coronavirus patients on a daily basis have a greater risk to mental health as well. Many worry because they work with inappropriate protective equipment. The stress they are under now could take months or even years to process, so we won't know the full impact of the pandemic for long.

And there is another group we need to prepare for: people who were admitted to intensive care with covid-19 and survived. It is very difficult to predict how many people will end up in this situation. The vast majority of those infected with the coronavirus will not need hospitalization, at least according to a study of nearly 45.000 cases in China conducted by the CDC, which found that 81% of infections are mild.

The numbers we have today

However, as we are now down to over 2 million documented infections globally, many tens of thousands of people end up in intensive care. One pre-press study done by one of the largest hospital systems in the United States, the Kaiser, found that 42% of people hospitalized with coronavirus end up in intensive care. Data from hospitals then suggests that about half of those hospitalized in intensive care with coronavirus manage to survive. Their chances are poorer if they are elderly and for all patients the prognosis worsens over time, especially if if they are intubated .

For those who survive, ICU will likely be one of the most traumatic things they will have experienced in life. Breathing is something we take for granted. But patients with difficulty in breathing and intubated often believe they will die during therapy.

Anecdotally, ICU doctors argue that patients with covid-19 tend to need a particularly high amount of sedation, which damages muscles and nerves, especially in the lungs. This damage can be permanent, further contributing to a patient's mental health.

Their lives will never look exactly the same as before. Being admitted to an ICU is one of those events before and after life, like having a child or watching a parent die

As veterans of war

Patients connected to lung ventilators can end up adrift. Having hallucinations, getting confused about what is happening to them. It is common for them to form false memories, or to magnify small episodes. "They may remember that a nurse or doctor was trying to hurt them when they were having a procedure to help them"Says Timothy Girard, associate professor of intensive care medicine at the University of Pittsburgh Medical Center. It's no surprise, then, that so many ICU survivors continue to experience depression, anxiety, post-traumatic stress disorder, and other mental health problems.

Uno study of 2018 conducted in the UK on nearly 5.000 ICU survivors found that more than half had developed at least one of these conditions a year after leaving the hospital.

A 2014 meta-analysis brought this figure closer to a fifth. Anyway, "The research is clear that some people who have been hospitalized will develop PTSD", he claims Antonis Kousoulis, director of research at the Mental Health Foundation, a non-profit organization in the United Kingdom.

How many will be sick?

It is too early to know whether people who survive hospitalization with coronavirus will experience similar rates of mental illness. Some will be interested more than others. Multiple studies suggest that heavily sedated ICU patients, especially with high doses of benzodiazepines, are more likely to develop mental health problems.

Psychologist Elizabeth Woodward is sure of that. “It will be traumatic for many, but everyone responds differently. Some will develop disorders, others will not ”. However, the first research work on this topic, conducted in China and published in Psychological Medicine, suggests that we must prepare for a tsunami on the mental health of survivors. Both of those who have fallen ill and of those subjected to the "simple" lockdown.

For the latter, in particular, there are also problems for those who already have ailments and have had to "compress" them at home. “In some cases, those with a disorder can find relief in suspending the relationship with the outside world. A sort of limbo in which daily relationships are indefinitely postponed. Paradoxically, for them it is the resumption of daily life that represents an amplifier of these problems, which return magnified ", explains Lucia Imperatore, psychologist and psychotherapist.

Specifically, however, for those who have been ill the researchers found that the 92% of the 714 patients examined presented "significant symptoms of post traumatic stress".

Disclaimer: There is certainly a difference between symptoms and a diagnosable condition. It is very common for people to experience intrusive thoughts, flashbacks, and nightmares after a traumatic accident. It is when those symptoms are repeated for months that we speak of post traumatic stress syndrome. And the risk is that this will develop.

Coronavirus and mental health: we can react

Ensure that those discharged from the ICU have ready access to medication and psychological therapies. Healthcare professionals can also keep a "critical care diary" while patients are in the ward, listing everything that happened to them and when. It can be a tool that helps them make sense of their experience in the following months.

It's a gigantic effort for already overburdened health systems. However, the cost of doing nothing would be much greater. There were WWII veterans who near death decades later still woke up screaming because they never talked about what they had experienced.

We could, we should be able to prevent it, and we can.