The search for a zero patient is a crucial necessity to stem the coronavirus and prevent its possible evolutions. And the history of the Wuhan market has lost its foundation. 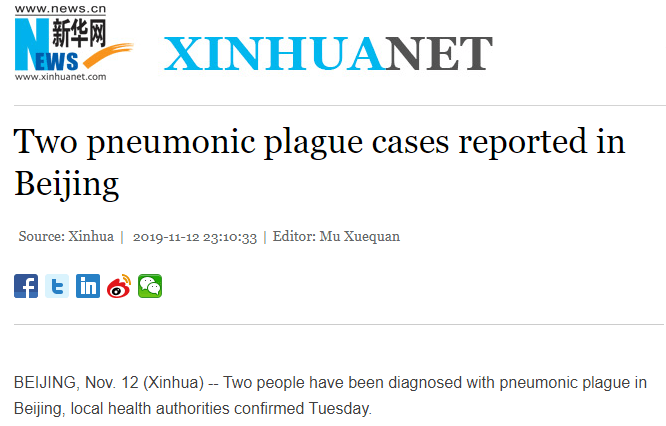 As the world struggles to contain the pandemic, a mystery remains: how and when did the virus reach humans? Where is patient zero? Strong doubts have already been expressed on the thesis that it happened in the fish market of Wuhan, China, in December. Researchers are trying to identify the true source of the infection. The hope is that this knowledge can help prevent future pandemics of other new coronaviruses.

According to a study of the first 41 people admitted to hospital with covid-19, published in January (Lancet , doi.org/ggjfnn ), the first case of covid-19 was a man who showed symptoms on December 1, 2019. Unlike most early cases, it had no connection to the Huanan fish market.

Since then, no one has been able to confirm where this man got the virus or whether he was actually the first to contract it. Another January analysis of the first 425 coronavirus cases, conducted by CDC and China's National Health Commission, placed the first confirmed case a week later, on December 8.

Later evidence suggests that the outbreak began before December

It would be consistent with the South China Morning Post Chinese government documents suggesting the first case of covid-19 may have been a 55-year-old person from Hubei province who appears to have contracted the virus on November 17. The first cases reported in December were reported by Wuhan doctors using a surveillance protocol designed to detect pneumonia with unknown causes. The system was established after the 2002-2003 SARS outbreak to detect new viruses.

This attention to pneumonia may mean that the Chinese government has missed many milder early cases. By December, infections were likely already spread outside Wuhan. A study of 6 coronavirus positive children identified a girl who developed symptoms on January 2 ( NEJM , doi.org/ggpxpr ). She and her family live in Yangxin, more than 150 kilometers from Wuhan. None of them had traveled out of the county for a month before she became ill, and the researchers were unable to identify how she became infected.

That strange "plague" of November

A possible indication of the presence of the virus outside Wuhan already long before the official dates is in a report by the Xinhua agency, released in November and relaunched by Futuroprossimo.it in this post from November 15, 2019. The report mentioned an unspecified "pneumonic plague" that allegedly hit two citizens who were later hospitalized in the Chaoyang district, near Beijing. Several press organs also in Italy (this is an ANSA, which incorrectly speaks of "bubonic" plague three days later, on November 18, 2019: https://www.ansa.it/sito/notizie/mondo/2019/11/17/cina-un-caso-di-peste-bubbonica_5479f442-0aa7-46eb-8f32-01b66be07700.html). Also on November 18, 2019, the Post reported a third case (always of "bubonic" plague, probably from incorrect translation: https://www.ilpost.it/2019/11/18/cina-peste-2/).

The brief report consisted of 7 lines and did not mention either the state of health of the infected or any infections. The characteristics of the airborne contagion and the refractoriness to drugs make us think. If confirmed, it would be a sign that in mid-November the coronavirus had already "broken through" the Hubei barrier. Patient zero: not received.

Why would the Chinese authorities wake up late?

One explanation for this could be that the virus jumped into humans from animals several times, possibly from different intermediaries. Bats are thought to be the reservoir for covid-19, but Richard Kock at the Royal Veterinary College in London he says he is unlikely to catch him from a chance encounter with a bat. A more likely scenario is that other animals may have acted as intermediaries, amplifying the virus and allowing it to infect more humans, he says.

The coronavirus appears to be able to infect several hosts (other laboratory studies have found that it easily infects rhesus macaques and ferrets). Sunda pangolins have been suggested as intermediate hosts because they harbor coronaviruses similar to the covid-19 virus. Till now, genetic analysis found viruses in pangolins that correspond to 90% of covid-19, ma none are similar enough to be the direct precursor (Current Biology , doi.org/dqsk ).

Is the Wuhan “flea market” a lie?

The role that the Wuhan wet market may have played in the passage of the virus on humans becomes increasingly vague. "The problem is also that most of the samples in the Huanan fish market have been destroyed", he claims Shan-Lu Liu at Ohio State University. "It is still possible that environmental contamination in the fish market comes from infected humans who worked there, rather than from an animal source", he claims Benjamin Cowling of the University of Hong Kong. The market, on the other hand, is only one of over 400 in Wuhan.

It could be a red herring, in short. There are studies that place the events as early as the end of September (Journal of Medical Virology , doi.org/ggjvv8 ), and even the geographic origin of the virus is under discussion, given suspicious episodes even many months ago, and even in other continents (Italy and the USA).

So where is patient zero?

Now that human-to-human transmission has spread the virus around the world, some believe the hunt for patient zero is of relatively little importance. “In our phase of the epidemic, it's not really the main objective to know where it comes from,” says Julien Riou at the University of Bern in Switzerland. But Kock says identifying the source of the outbreak is crucial, as three coronaviruses (SARS, MERS, and covid-19) have all emerged since 2002, within a few years.

"In evolutionary terms, this is in microseconds," he says. “The risk of these things happening is enormously accelerated. We must avert him. "

Knowing more about the event that led to the spread of the covid-19 virus in humans could help us understand how to prevent it from happening again. The hunt continues. 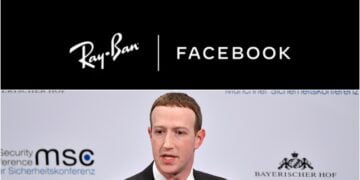 Yesterday the "big day": first the photos "escaped" on the Net, then the launch of the new glasses made by Ray-Ban & ...