Communication, vision, empathy and logic: keys to the next generation of leaders of the future. Future European exclusive interview with Cathleen Southwick. 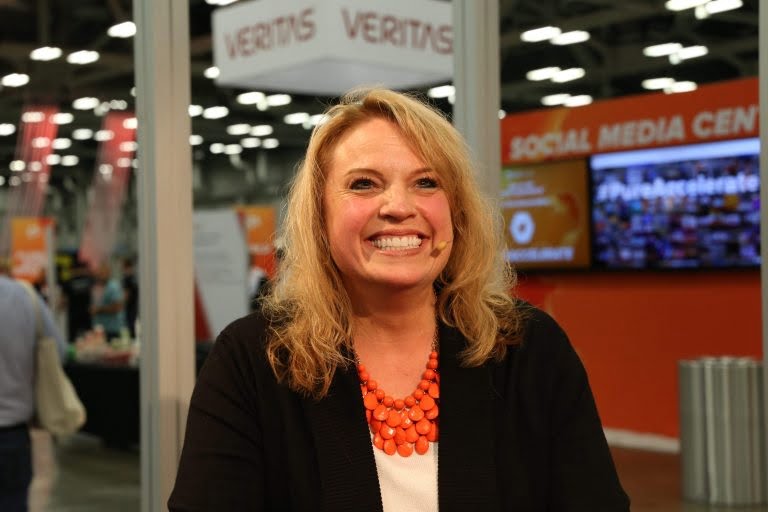 Here is an exclusive interview for Futuroprossimo with Cathleen Southwick, Pure Storage's Chef Information Officer, a successful leader with 20 years of experience in defining and executing IT strategies for Fortune 100 companies. In the interview, Cathleen explains the profound relationship between the technology of the future and the humanities, necessary to create jobs and goals in a world that is constantly changing.

The world is increasingly focused on STEM disciplines (science, technology, engineering and mathematics). Is it true that the so-called "soft skills" such as communication skills, empathy and observation skills will be increasingly fundamental in the world of work? Who will help understand the technology of the future?

There is a race for transformation. It is a digital and data-driven era, the trend is to rely predominantly on technology to solve certain aspects of a problem. But the real secret of success lies in a more balanced approach.

We see this in the retail world where consumers want different ways to connect with brands. Online through e-commerce or social media. Offline with more diversified experiences within traditional stores. Similarly, as AI-based chatbots have become a central hub of customer service, it has become clear that it's not enough to equip them with human characteristics. If a chatbot can't answer correctly, consumers will want to talk to a assistant in flesh and blood.

What skills will they need?

Automation and natural language processing can bring enormous benefits to businesses and those who work there. However, they make clear the need for a new type of skills: the ability to solve technical problems in typically human ways. Thinking about what will be needed for the work of the future, in the coming years we risk focusing attention only on STEM disciplines (science, technology, engineering and mathematics) at the expense, instead, of a more balanced approach focused on human sciences, on emotional intelligence and transversal critical thinking.

Skills such as communication, observation skills, empathy and logical reasoning - those that on the occasion of a recent intervention by the World Economic Forum have been called "fundamental" - they are the keys to training the next generation of leaders and preparing employees for the jobs of the future. Research conducted by Royal Bank of Canada highlighted a growing demand for these skills considered essential in 300 professional occupations, with 2,4 million new job offers expected in the next decade. “We found a silent critical issue”, was underlined in the report “with too many people trained for jobs that could disappear, rather than being equipped with skills that will be increasingly in demand”.

Il work of the future: what are the estimates and numbers about it?

The reality is that STEM professions will outpace overall job growth in the near future. At the current rate, in 2026 they will have increased by 10,8% compared to 2016 levels. In general, according to the American research center Pew, employment in the STEM professions, including health-related activities, grew by 1990% over the period 2016-79.

Yet automation has significantly reduced the difficulties in entering the programming sector and other purely technical professions. As a result, awareness is growing that it takes more than just a focus on STEM disciplines to be successful in modern work environments. Even those that involve intensive use of technology and data. It could very well happen that people who do not have a strictly scientific background end up paradoxically having a decisive advantage.

With talent management so important today in the technology and IT industry, companies should ask themselves how to attract and dispose of the necessary talent over time and how to provide teams with the necessary opportunities for development and growth.

So what are the actions to be taken?

One opportunity is to harness the potential of automation to relieve employees of repetitive tasks. In this way they will be able to make a decisive contribution to the activities with greater added value in line with business objectives. The benefits of automation aren't just for large companies. An example is that of SMEs that may have only a couple of system administrators. That might be enough to automate everything it takes from an IT perspective for a new employee to join, from email distribution lists to application authorizations, and so on. It may seem trivial, but the amount of work required for operations of this kind becomes really substantial when they have to be done manually.

The implementation of chatbot is another example of how you can reduce the time spent on less strategic activities in a growing organization. The technology of the future is collaborative. An employee can, for example, turn to a bot to reset a password or to request a software license, with a decisive saving of time for both the end user and the colleague. Especially the latter is thus left free to devote himself to wider and more strategic activities.

They often ask me if automation means outsourcing rather than staff reduction. Neither: automation implies the evolution of the role of the individual within the modern workplace. Focus on more strategic tasks and target employees for tasks that require superior and complex reasoning. Only a humanities education can provide it, it is important not only for IT organizations. It is important for business in general.

How can you support the next generation of leaders?

We need the humanities today more than ever, recently wrote the president of Yale University, Peter Salovey. Peter said: "In a complex and interconnected world like ours we need leaders capable of imagination, understanding and emotional intelligence". From history and literature we learn of problems that will recur and that will have to be addressed again, we learn about those that concern people who live outside our contexts, we learn to decipher the warnings and to form our understanding of the human condition .

All of this is essential not only for the next generation of leaders but for all employees. The challenges that companies try to solve are not one-dimensional. A renewed focus on the humanities can be a key ingredient in tipping the scales in your favor.

Companies appreciate talent more than ever. A quality capable of bringing a higher level of reasoning and operation. The most talented employees should focus their attention on what the technology of the future will be and on the changes it will bring to companies.

These are the fundamental aspects for which machines cannot replace man. 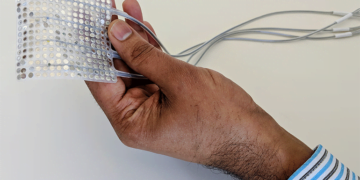 Researchers at the University of San Francisco have developed a neural interface that allows patients without the use of the word to "speak" ...