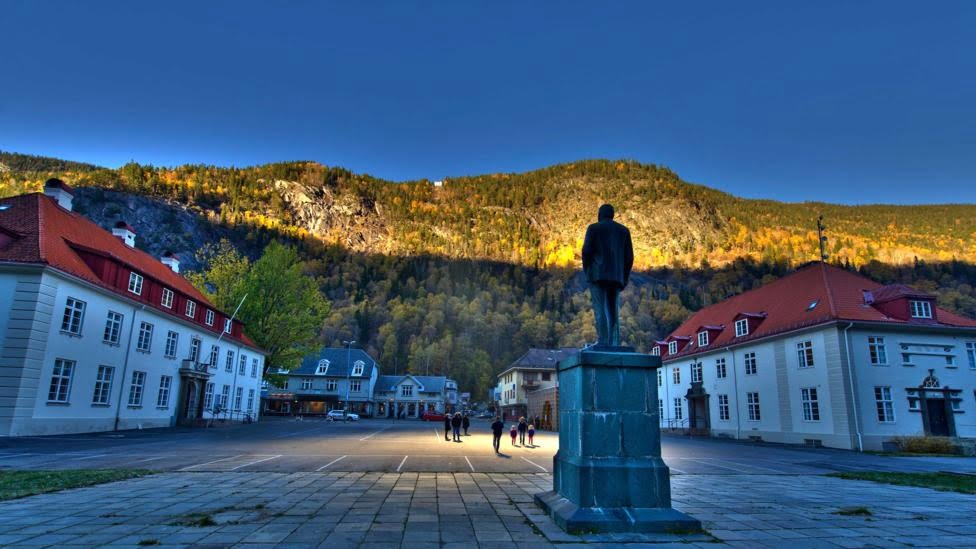 For many, sunlight is a standard in everyday life. It is our natural regulator of time, the source of energy and the light of our day. Not so for everyone: there are places on earth that get sunlight for much less than 8-12 hours a day. Others for nothing.

The city of Tromsø, Norway, is located 200 miles north of the Arctic circle and therefore does not even see the sun rise from November to January of each year. If you go further south you find another Norwegian city, that of Rjukan, who lives without light and obtains it from giant mirrors.

Rjukan is located in a deep valley between two imposing mountains. Rjukan lives for six months a year without light, three more than in the much more northern city of Tromsø. Rjukan, in fact, spends his life in the shadow of the surrounding mountains.

Life in Rjukan? Quite depressing, at least until giant mirrors were installed to illuminate the square.

Locals call these giant mirrors the "Solspeilet" or solar mirror.

It is actually a system of three giant computer-controlled mirrors that trace the sun and change their inclination to keep the intense light pointed towards the city center.

The mirrors are located almost 500 meters higher than the city and readjust every 10 seconds as the sun moves through the surrounding sky, masked by the mountains.

The installation of mirrors

The mirrors were installed in 2013 and have since attracted hordes of tourists. They were born from an idea by Martin Andersen, an artist who had moved to the city and could not stand the lack of sun. Andersen convinced local authorities to build the system at a cost of around 800.000 euros. His intuition changed the city forever.

Although it was only implemented in 2013, the idea had been in the air for over a century. More than a hundred years ago one of Rjukan's most famous residents, engineer Sam Eyde, came up with the idea of ​​placing giant mirrors on top of the mountain. He wanted to bring happiness to the residents of the city (mainly his employees), but the technology was not yet ready. This is why in 1928 he fell back on building a cable car so that the locals could travel to see the sunlight.

The impact of mirrors

The mirrors have a total area of ​​only 160 square meters, but they are enough to illuminate well over half a square kilometer in the city center. Sure, it won't make day in every point, but this series of mirrors brings a little normalcy to the residents for half of the year while the sun doesn't shine.

And then it is suggestive. Many in the city initially considered this expense as a waste of money, but the ingenious idea helped attract attention from all over the world to Rjukan.

The city is now a small but important tourist attraction in Norway, hosting many visitors every year curious to see the center of the city illuminated by giant mirrors. The next evolution? Take advantage of the mirrors too like solar cells, for some free energy that never hurts.

On postcards stand out things like: "Rjukan, how to compensate for an unfortunate geographical location with creative engineering." 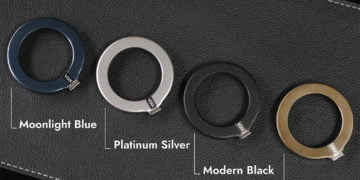 Voixatch is an all-in-one that frees us from the bondage of carrying 3 devices with us to make an overwhelming majority ...

Shimon, the robot-created album is almost ready on Spotify