A profoundly different world awaits us, in part we already know it. Life after the coronavirus will resemble the dream of cyberspace in the 90s. 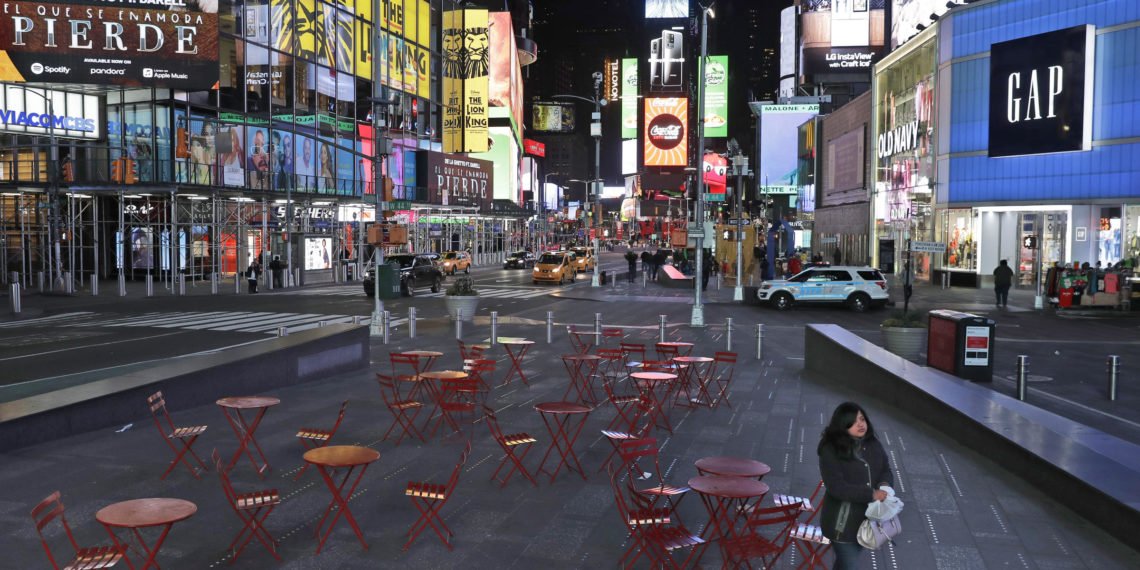 We know little about how the COVID-19 pandemic will end, especially in terms of the number of deaths and the effects on the global economy. But one thing seems to emerge: the coronavirus is acting as an accelerator, and life after the coronavirus will be profoundly different.

It will create a much more fragmented, decentralized and devolved world in which paradoxically we will feel more connected than ever, while maintaining our literal and symbolic distance from each other.

In a year (and even a decade) we will live, learn and work online much more than we do now.

Welcome to the 21st century that we already dreamed of 30 years ago but never had the energy or focus to really implement.

Since the 90s, champions of digital culture and what was then called cyberspace "saw" a world in which everyone could enter without privileges or prejudices accorded by race, economic power, military force or station of birth. "

The first issues of Wired promised a peaceful "Digital Revolution" that would change our lives and create new real and virtual worlds.

In 1990 George Gilder in his book "Life after television" he spoke of networked machines that he called "teleworkers" and dreamed of a world in which political and corporate hierarchies would be destroyed by users.

The intermediaries and obstacles of politics, technology and centralized economy would have been blown. The "teleworkers" would have revitalized "the family, religion, education, art" and would have "handed down a new civilization to the new generations".

To be honest though, it didn't go exactly how we wanted it. The digital future is metaphorically stationary in our living room like a complicated contraption that, once purchased, is rarely turned on and now serves to place the clothes on it.

Our response to the coronavirus will change our history.

Our response to COVID-19 has the potential to change everything. The changes that will follow the end of this crisis could fundamentally change the way we work, study, receive medical care, shop and consume culture.

Over 30 countries around the world have already closed schools of all levels, trying to organize distance learning programs to save didactic continuity and the right to education. We still don't know if the school year is over or not.

Educational institutions at all levels are struggling to increase their ability to stream lectures. It is not just a question of bandwidth, but of educating teachers on how to teach, and students on how to learn via the Internet.

Yes, distance learning has grown from 2000 to the present, but less than 6% of all public students take the majority of online courses. There is every reason to believe that once they get a feel for the flexibility and offerings available, these numbers will increase substantially.

The minister of education Lucia Azzolina and that of innovation Paola pisano they are working in parallel to ensure that students and workers (at least those who can) fulfill their commitments on the internet.

Yet over half of all employees have jobs where at least some of what they do could be done remotely. Free video and teleconferencing enabled by services like Google or Skype are exploding and won't stop when everyone is negative for the disease. It is unthinkable that working from home will not gain much in popularity (both among workers and executives) even when we can return to our traditional workplaces.

Even our lives as consumers will definitely change, for both trivial and important goods and services.

In recent years, for example, telemedicine has grown in popularity, especially for counseling services, but still represents less than 1% of options. Life after the coronavirus will see an exponential increase in these services, especially related to medical advice. Practices that will be favored and encouraged.

Film and football have long suffered from declining attendance, as flat screen televisions and cheap high-quality sound systems proliferate, and streaming services started offering most of what we wanted whenever we wanted it.

Even as the number of multiplexes and films continued to grow, fewer and fewer people were buying tickets for a night out. Of course, once they reopen, people will return to the cinema and stadium, but probably even fewer.

COVID-19 has caused Amazon shopping to explode further. The online retail giant is hiring an additional 100.000 workers in the US to meet demand in the coming weeks (or months). Alongside the usual products, online food delivery services are also on the rise.

Even before the epidemic, businesses were booming online, with sales more than doubling between 2016 and 2018, while serving less than 10% of customers.

For at least a decade, the triumph of e-commerce was only a theory. Well, last February, online sales narrowly beat general merchandise stores, including department stores, warehouse clubs and malls. If we talk about purchases such as houses, cars and ready meals, traditional commerce still surpasses online commerce, but this is changing rapidly, and after the coronavirus online commerce will race. Access or fully online experiences to buy cars, and even ads and virtual tours of homes will move massively online.

The tendency to concentrate in large cities could undergo a decisive reversal. In life after the coronavirus, new models of suburbanization will emerge, and perhaps the idea of ​​"social distancing" will inspire that of "urban distancing". Life in small towns will be more attractive when cultural goods and offerings once available only in big cities are made readily available online or with same-day delivery. Add the fear of dense populations and infections and you will understand that COVID-19 will accelerate the dissipation of urban areas.

Around the world, local, state and federal governments are implementing never-before-seen peacetime emergency measures. Mayors and governors have declared states of emergency and closed bars, gyms and parks, placing limits on the number of people who can gather. Yet these same leaders are also loosening long-standing rules, at least temporarily. Today in Italy the medical degree has already become qualifying. To finish a school year, a minimum limit of 200 days of attendance is no longer necessary. AIFA, notoriously cautious about approving drug trials, has now almost instantly allowed a new drug protocol that fights coronavirus symptoms.

This is just one example. If the past is a prologue, governments at all levels will be slow to give up the power they are currently wielding, but the weight of public opinion and examples from our working, cultural and commercial lives could prove to be an effective counterweight.

Life after the coronavirus

Hypotheses and timelines on the end of this nightmare are whispered from many quarters. At least of its acute phase. In Italy a little respite is imagined from June, in the USA Trump has predicted that the crisis will pass in July.

Actually the Coronavirus probably it will change the next few decades as much as the 11/2008 attacks and the 20 financial crisis have changed the past XNUMX years. Life after the coronavirus will be a life "produced" by the coronavirus.

This time we are on a different threshold. We are more tired and more wary than ever. Part of us knows deep down that a strong response to the pandemic ultimately relies more on our actions as individuals than on the action of world leaders.

However, the most optimistic scenario is the one that leads to the future that we have been imagining for 30 years. The dream of a world where we will all be able to participate more fully, express ourselves more convincingly and live as and where we want.

Ironically, the switch will be forced by a global pandemic. A crisis that many (in my opinion not wrongly) they are confronting the Spanish flu epidemic of 1918, one of the defining events of the 20th century.

Today, life after the coronavirus, after all its death toll, could evoke the future we haven't been able to build before.

But it's still up to us to build it. 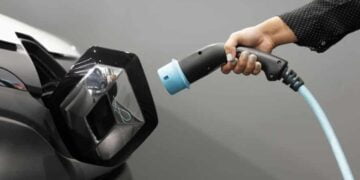 This will be the decade of fast battery charging. StoreDot has factory produced one that reaches 100% in ...

Tesla S and Autopilot: the world with an open mouth

Check out the third robotic arm for picking fruit