Coming out of a coma with an impulse, how do you restart a car by applying battery cables? A hypothesis studied on monkeys by an American team.

In general, patients who have been in a coma for a long time are less and less likely to wake up. A recently published study, however, showed how the use of electrodes to deliver impulses to a specific brain region associated with consciousness can offer hope for awakening.

The study, led by University of Wisconsin-Madison researchers and published in the scientific journal Neuron , involved a research team that implanted electrodes in the brains of macaque monkeys. The aim: to get them out of a coma. Using an innovative technique called deep brain stimulation, the researchers did with these monkeys what a car is done using battery cables: give an impulse to start again.

The researchers targeted specific parts of the brain of the anesthetized monkeys called central lateral thalamus. When stimulated in that particular area, monkeys open their eyes, stretch or retract their limbs, move their faces and bodies. A technique not far from that of bypass already tested on paralyzed people, to give them the impulse to use the limbs.

It is not a simple automatic reaction: the vital signs have also changed.

However, once the stimulation stopped, the monkeys returned to their original situation.

getting people out of a coma with an implant: still early

The study is still a few years away before a practical application on a human being. At least three steps are needed: in the first place, further testing on monkeys is required. It is necessary to see if the monkeys, in addition to leaving the coma momentarily, can perform complex activities before relapsing, once the impulse is "turned off", in their deep sleep. The next stage of the studies will have the task of confirming the efficacy and stability of the treatment. Finally, the most beautiful and fascinating part: the one in which an authorization will allow researchers to experiment with treatment on coma human patients.

It would be really wonderful if with a device it was possible to “restart” people who have been sleeping for a long time, and who otherwise would have little chance of awakening. 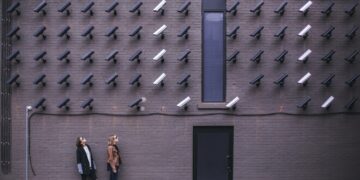 A new study aims to monitor the activity of prisoners on probation with artificial intelligence to understand why they fall back into ...