Technology will massively change the interior of cars in the near future: that's why in 3 years we will see some beautiful ones. 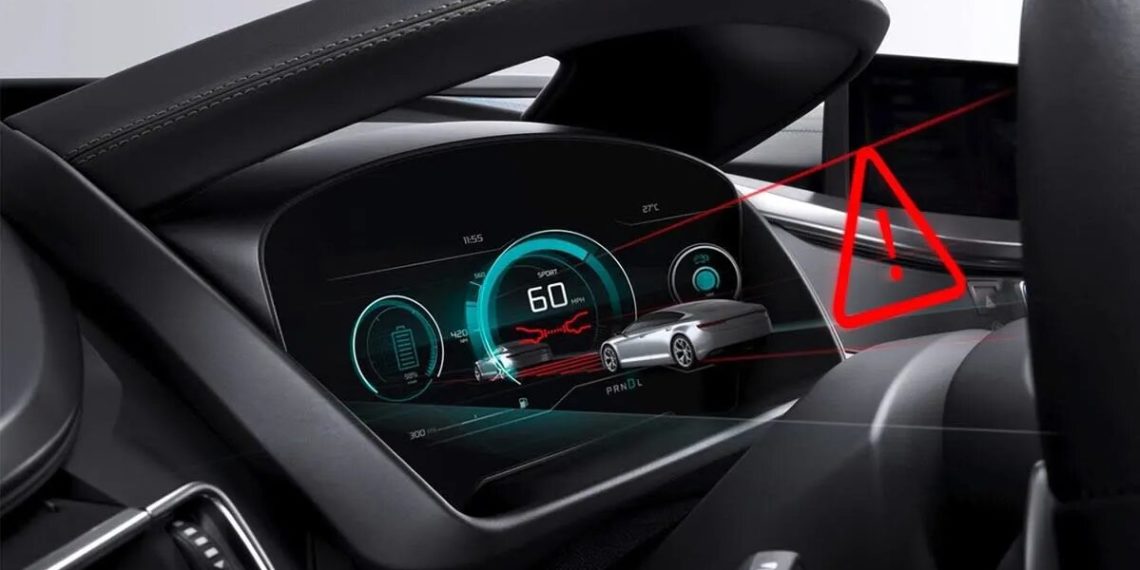 in Transportation
⚪ Reads in 6 minutes

If you are planning to buy a new car in the next two or three years, it is likely that your next trinket will be very different from what you are driving today.

It's not just about electrification and automation. Consumer Reports predicts that a host of new technologies will transform almost all cars of the future on the road. It takes a few years to find yourself in huge screens, improved connectivity, reinvented security technology and interior that you might find in a first-class airline cabin.

I'll tell you some news about the next cars of the future, so decide whether to ignore them or keep your car for a few years to wait for them.

"What's happening to the displays is that they are getting bigger, curved and more numerous," says James Fisher, spokesman for Visteon, an automotive supplier that manufactures screens and other infotainment technologies for manufacturers such as Ford, Jaguar Land Rover and Mercedes-Benz.

In addition to the brighter and easier to read displays, the next generation of luxury vehicles will have screens that curve (even outside!) to surround the driver. Folding center console displays are also being developed, which can be aimed at both driver and passenger.

Neri says that many consumers prefer simpler and easier-to-use interfaces while driving, and a GfK survey shows that 51% of people find high-tech interfaces too distracting. CR owner satisfaction surveys show that only 56% of members said they were very satisfied with their car's infotainment system, which also underscored concern for on-board technology.

The car watches over you

Your car of the near future will watch you as you drive to make sure your eyes are looking at the road. These technologies are likely to come in response to new regulations adopted in the EU that require new cars equipped with technology to warn drivers of drowsiness or inattention.

Automotive supplier Bosch, for example, has promised an in-car monitoring system that can determine eyelid movements, gaze direction and sitting position. It will alert drivers when they are not paying attention, optimize airbags based on how a vehicle occupant is positioned, and set off alarms if a child or pet is left behind in the back seat.

Some systems are already on the market, but some don't work very well. "Driver monitoring is particularly important in cars where certain driver assistance functions can be activated, such as lane keeping assistance, adaptive cruise control and active driving assistance, by pressing a button and essentially delegating some vehicle control, "he said Kelly Funkhouser, head of autonomous and connected vehicles at Consumer Reports.

Car manufacturers and suppliers are developing even more sophisticated technology to help cars and drivers understand if an accident is about to happen and to take action to prevent it.

Visteon and Bosch plan to commercialize 3D displays for the steering wheel. These screens filled with digital gauges will issue real-time safety updates, such as warnings of an impending frontal collision, which grab the driver's attention.

Drivers can turn off the 3D display if they wish. Genesis, Mercedes-Benz and the French car manufacturer Peugeot already offer this function on some cars.

And then there are the most important sensors of all: the driver's eyes. Bosch developed what it calls a concept of "virtual parasol": A transparent LCD display that uses eye detection cameras to block exactly where the sun's rays interfere with the driver's vision. It could provide a real safety advantage. According to a 2017 study published in the journal Medicine, the risk of a fatal accident is 16% higher during sunlight than in normal daylight.

Audio systems with multiple speakers take up a lot of space that could be used for something else. Continental e Sennheiser they created a car audio system that completely eliminates the speakers. In contrast, the sound system sends vibrations directly to parts of the vehicle's cabin to create sound, similar to the way an acoustic guitar resonates when a string is plucked.

Continental says the new system can use 90 percent less space than a traditional car audio system, a space that can be repurposed for objects or other equipment.

Faurecia, a company that produces automotive interiors and infotainment technology, has developed speakers that can create individual sound zones within a car. In other words, the driver can listen to the news or answer a phone call while a passenger listens to music.

The company spokesperson, Misty Matthews, says this could be particularly useful for ride-share services or carpooling. Each passenger can choose what to listen to. Or it might come in handy if the kids in the back want to listen to different music than the parents.

Many more cars of the future will get comforts like leather seats, heated and cooled seats and even optional massage functions.

"Luxury seating is absolutely ready to move to cheaper vehicles, and in some ways it already is.". He stated it Colin giles, technical research analyst at IHS Markit.

These services are not limited to the driver's seat. BMW showed two luxurious passenger seat concepts at the technology show CES 2020 of this year. They could show the trends towards which high-end auto manufacturers are headed.

The BMW Urban Suite concept removes the front passenger seat of the i3 EV. In its place, an armchair and footstool in the back, plus additional space and a small desk space.

It looks like a first class seat on a luxury airliner. The ZeroG cot instead, it is a "flat" seat that can lift the passenger's legs to distribute pressure evenly over the entire body. It may be available as an option on the X7 SUV in the near future.

In summary? The car of the future is more engaging, interactive and proactive than ever. Don't call it just a means of locomotion.

He may get angry and take your greeting away.

tags: car of the futurecars