After the jellyfish, even cyborg locusts. A brain implant "reads" their mind as they sniff and detect explosives better than any device. 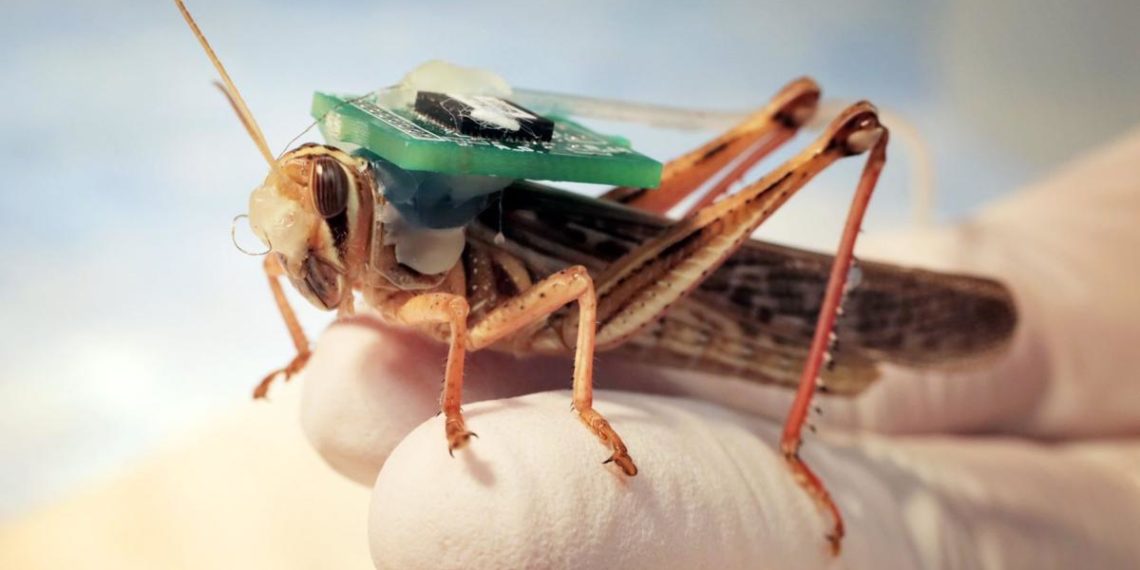 Altolà, evil people who want to detonate something: you did the math without the cyborg locusts. A research team funded by the U.S. Navy has developed a class of cybernetic locusts capable of perceiving a wide range of substances, including explosive ones.

In the publication placed on BioRxiv, the researchers describe how insects have been used to detect gases released by substances such as ammonium nitrate, commonly used in the manufacture of military bombs and explosives, TNT and RDX.

Individual cyborg locusts have been able to successfully sniff incendiary material, but the results improved when scientists collected data from a mini swarm of seven or more locusts, where detection capability was distributed.

The research paper from the University of Washington in St. Louis describes the transformation of insects into explosives detectors by implanting electrodes in the brain. This allowed the researchers to analyze the neural activity of locusts when they encountered certain substances.

A shower of funds on this research

Four years ago the US Naval Research Bureau allocated $ 750.000 for the project, but until yesterday it was unclear whether the plan would work. The new paper suggests that the use of a cyborg locust in the field is close to becoming a reality.

Research is exploring the path of bio robots with great determination: just 15 days ago at Stanford they turned jellyfish into cyborgs.

The researchers chose to work with American locusts because they are "sturdy" and "can carry heavy payloads," the research reveals. The real challenge was finding a way to "read the minds" of the locusts without undergoing massive surgery. The procedure involves a "minor" incision on the heads of the insects which allows them to continue to move their mouths and antennae freely.

Cyborg Locusts, the next challenge: control their movements

To direct the swarms of cyborg locusts where they are needed, Washington University scientists explore two avenues. The first, put them in tiny "vehicles" (complete with wheels) to be moved at will. The second, definitive, is to apply a silk implant to the insects, a sort of 'nano tattoo' that allows them to be piloted at a distance.

Cyborg locusts have been exposed to five different explosives and some other chemicals. Within 500 milliseconds of exposure to each substance, an obvious and distinct pattern of activity appears in the brain of insects.

This speed can be attributed to the biology of locusts: their small antennas possess about 50.000 olfactory neurons. This makes them phenomenal in perceiving a wide range of substances, better than any artificial sensor that humans have ever made.

Since it would be difficult to process the data of so many neurons, the team focused on a "bottleneck" in the brain of the locusts, a compact region of around 800 neurons that processes information from the antennas. The signals showed what the bugs were detecting, allowing scientists to effectively intercept locust reactions.

The signals can be picked up by the electrodes for approximately seven hours after placing the implants on the Cyborg locusts, then fade away. The researchers note, however, that this period can be extended by perfecting the surgical technique used for the implant.

Keeping these Cyborg locusts alive once implanted could present problems in real-world settings, but the pace advanced by scientists at Washington University is truly remarkable.