Earth has a much closer second moon, but you can't go there: it's tiny. It has been around us for 3 years and will soon go away. 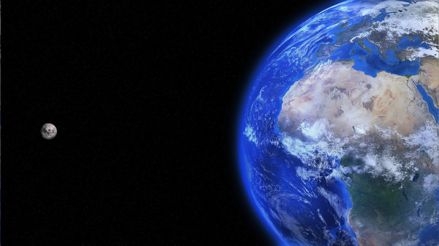 Il Minor Planet Center announced that Earth now has two moons. But don't worry about rushing out to check: you won't see it easily, this second satellite is small and temporary.

The newcomer around the Earth, called 2020 CD3, measures between 1,9 and 3,5 meters in diameter. To put it mildly, I'd say it does much less afraid of other things. Our second moon is the size of a car, and obviously pales in comparison to the massive diameter of our "first" main moon of 3.474 km. This is because it is little more than an asteroid that wandered too close and was attracted to the gravitational field of the Earth.

The discovery was made on February 15 by U.S. astronomers Theodore Pruyne e Kacper Wierzchos, using the telescope at Mount Lemmon Observatory.

Follow-up observations have allowed astronomers to trace its orbit and have calculated that this small second moon has been orbiting the Earth for about three years.

It's not the first time

This is only the second confirmed mini moon that we have seen captured from Earth. The first was an object known as the 120 RH2006, which surrounded us a few times between September 2006 and June 2007 before being expelled.

Other "claimed moons" are more common, but these quasi-satellites technically orbit the Sun: they simply share the same path as Earth.

For example 2016 HO3, discovered some years ago behind the Earth at a distance 13,6 times greater than that from the Moon. It has been doing this for almost 100 years and should follow us for hundreds more to come.

Second moon, it will not last long

The tiny second moon 2020 CD3 will accompany us for a short time. Sure, it is now gravitationally bound to Earth, but it is also subject to gravitational pulls from the "first" Moon and even the Sun, which will soon pull the small rock out of our orbit to move back into space. Some estimates say it could happen as early as April 2020.

No doubt astronomers will continue to look closely at our tiny travel companion for as long as he stays here.

Talespin created Barry - basically, he's a virtual employee who can be fired indefinitely for practice ...