Sanremo 2020: the furious quarrel between Morgan and Bugo (disastrous epilogue on the Ariston stage) would have been avoided by Alter3, robot conductor. 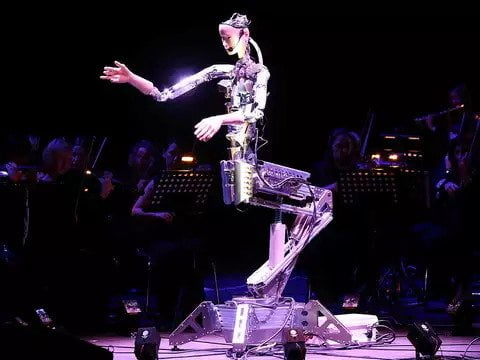 Dark, stormy and unprecedented night for those who follow the Sanremo festival. The artists Morgan and Bugo have respectively modified a text and abandoned the performance still in progress, resulting in the disqualification of the piece.

The reasons for the quarrel between Morgan and Bugo lie in a strong disagreement between Morgan and the Festival orchestra. The Milanese artist had sent the musical masters an inadequate score. The score of “Canzone per te,” Sergio Endrigo's 1968 piece, was full of “unlistenable parts” according to the orchestral players. The conflict continued in the following hours with Morgan's claim to direct the orchestra, the bad vote expressed by the orchestras, the accusations of sabotage by Morgan himself. Last act: Morgan who takes the stage to sing a modified text, in which he also accuses his colleague. And the colleague blatantly leaves the stage. With Alter3 this would not have happened.

Alter 3 is something else. With him no quarrel between Morgan and Bugo

There is an orchestra conductor who would have avoided the problem. He doesn't have a tailcoat, he doesn't need sheets and scores and he conducts wonderfully. It's called Alter 3, it's a robot with a humanoid face and was born for music (but it can do much more).

The cybernetic Riccardo Muti has hands and arms, and he is not afraid to use them. He gestures with passion, rotates and gives orders. Her live performance performing Keiichiro Shibuya's “Scary Beauty” in the Emirate of Sharjah was a spectacle.

Shibuya, a Japanese composer, the role of robots in our life every day it will grow even more, but it's up to us to decide how artificial intelligence could enrich the human experience, and how humans and androids can make art together.

“This work is a metaphor for the relationship between man and technology. Sometimes the android goes crazy, the human orchestras have to follow (Yesterday's performance on the stage of the Ariston confirms that the man goes mad more). More often, however, humans can collaborate very comfortably "he said.

Shibuya wrote the music, the android controls the tempo and volume of the live show and in some situations even sings. Possibility of a fight like between Morgan and Bugo? Zero.

The lyrics of the work performed by Alter3 are based on literary texts by the American writer "Beat Generation" William Burroughs and the French author Michael Houellebecq.

The audience who watched the performance got mixed feelings. “I think it's a very exciting idea: we've come to see what such a possibility looks like and how real it is,” said one viewer. A second member of the audience simply said: "a human director is so much better".

Although he is interested in artificial intelligence and foresees great discoveries, the viewer concluded on the project: “with Alter3 the human touch is no longer felt. The magical aspect has been lost ”.

A bit like the quarrel between Morgan and Bugo: a friendship destroyed by the substance of which dreams are made. The human touch, of course. What did you understand?

Last "round" for Horizon 2020, funds not to be missed for SMEs and startups 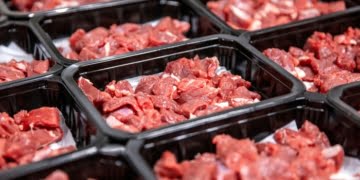 A comparative study on the effects of food estimates that the lengthening of life with diets without red meat and dairy products is ...