Two instruments, one of the XVIII and one freshly baked in plastic with 3D printing have identical sound. The "cloned" instruments will preserve the heritage.

When Mina Jang she played the same melodious melody on two different flutes hidden by a panel, none of the examiners who evaluated it managed to find differences. Yet the two instruments have been made in dramatically different ways.

One was an original hand-made flute in the 3th century. The other was the same tool, part of a series of XNUMXD printed “cloned” tools made of white plastic.

"Clone" tools to save a legacy

The Paris Music Museum, whose collection includes a 2.500-year-old flute made of vulture bone, recently began experimenting with the technique in an effort to better preserve period instruments.

"The idea was to find out how to quickly obtain a copy of an instrument while respecting the original flute", said the XNUMX-year-old flutist and professional researcher of Baroque music who started the idea.

Before being printed, the carefully copied XNUMXth century flute underwent an X-ray to identify its precise characteristics.

The original on which it was based was made by the famous French composer and instrument maker Jacques-Martin Hotteterre and is now kept behind glass in the museum.

3D printing has advantages over handmade tools: it only takes 24 hours for production compared to a month in the laboratory, and costs hundreds instead of thousands of euros.

The future is "peelless" culture

Saving a particular instrument, a particular cultural product from the nightmare of time (allowing anyone to hear the exact sound of any instrument of any era) is important. It will free culture from its envelope, and allow us to focus more on the artistic experience.

And the occupational repercussions? Will cloning musical instruments with 3D printing be the end for luthiers and other music artisans? I say yes, in the long run, maybe even in the medium term.

Stephane Vaiedelich, head of the museum laboratory that worked on the project, instead, he rushes to throw water on the fire. He claims that the move concerns only the conservation of the musical heritage.

"3D printing is not about replacing tool makers", he told Associated France Press.

“The idea is to recreate a historical instrument so that the public can appreciate its sound and revive an important heritage. It is an extraordinary way to travel in time and to regain old repertoires "

Vaiedelich said the museum believes it was the first to experience 3D reproduction of old tools using a scientific approach.

Some orchestras play using original instruments of the period, such as the French group Les Siecles (The centuries). Wind instruments, however, are difficult to use: they struggle to resist moisture, which over time expands the wood and can ruin them.

Why clone them in plastic?

The use of plastic for 3D reproduced instruments raises environmental concerns. Vaiedelich liquid them claimed that the ideal would be to print using recycled materials. And what do you mean?

Fanny Reyre Menard, vice president of the union that brings together instrument manufacturers and repairers, said that the material used is the only negative aspect.

"For artisans, plastic cannot be compared to wood," he said. "A wooden case is essential for a violin."

Overall, however, Menard said that 3D printing it's a great opportunity. "It is not a danger, on the contrary: it is an excellent tool for sharing information and prototypes between artisans"he said.

Sometimes cloned instruments need to be customized for musicians with different needs. "Some parts are improved when adapted, for example chin rests for violins or mouthpieces on wind instruments," Menard said.

“If I find a form that interests me, I send a file to a colleague and they print it. Is fantastic." 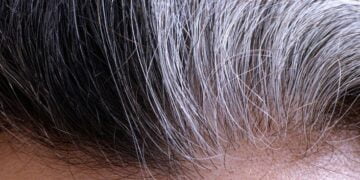 Research created to understand the phenomenon of gray hair has led to a new paradigm on stem cells. Could give us ...