Fundamental discovery to make stem-based treatments on patients with kidney disease much easier: they can avoid kidney transplantation.

Transplants are often the last resort available to people with kidney problems, but donors can be difficult to find and the procedure is quite invasive.

Treatment of kidney disease with stem cells to avoid kidney transplantation is an option, but getting them requires a biopsy. Now researchers have isolated and studied kidney stem cells from urine samples: it can be a much easier way to collect them.

Stem cells are those that have the ability to transform into new cells of whatever type is needed. They are particularly present during embryonic development, but persist in smaller numbers in many tissues even during adulthood, contributing to healing.

Stem cells, the more sources there are, the better

Given their incredible repair capabilities, stem cells can be promising for repairing damage, fighting disease and in this case avoiding kidney transplantation.

The best sources of adult stem cells are those in the bone marrow, umbilical cord blood and amniotic fluid, but all have their problems. The bone marrow is painful and invasive to reach and the others can only be collected after a patient has given birth.

In the new study, researchers fromHeinrich Heine University they looked at a noninvasive way to collect them stamina cells kidneys, those that can differentiate into all types of cells in the kidneys.

Normally they should undergo a biopsy, but previous studies showed that a large number of cells are actually excreted from the body in the urine.

In the new study, the team took samples from 10 people of both genders and a variety of ages and isolated what are known as urine-derived renal progenitor cells (UdRPCs).

They found that these were able to differentiate into various types of kidney cells and expressed known markers of kidney stem cells.

“It is fascinating that these precious cells can be isolated from urine. We were able to confirm their properties as renal progenitor cells by comparing their gene expression with cells obtained from biopsies ", says Wasco Wruck, coauthor of the study.

This work could lead to new treatments for kidney disease

Instead of looking for organ donors and transplanting a new kidney, doctors could take urine samples from the patient, collect their progenitor cells, grow a new batch of kidney stem cells, and then transplant them into the organ to repair the damage.

The research has been published in the journal Scientific Reports. 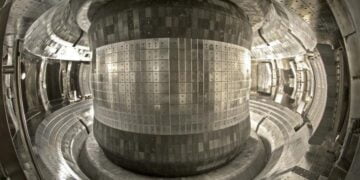