The scenes from China are indistinguishable from those of an apocalyptic film, but the coronavirus does not wait for our amazement. The world must wake up now. 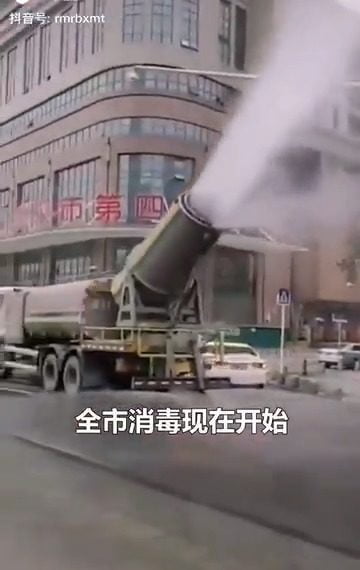 The Chinese state newspaper People's Daily uploaded a video of disinfection in the city of Wuhan, the epicenter of the coronavirus epidemic that has spread all over the world.

The clip is apocalyptic: i lavoratori portano macchine giganti lungo strade vuote, spruzzando enormi nuvole di spray disinfettante. File di camion scendono lungo grandi viali, riempiendo l’aria di una grande nebbia bianca. "It is not clear to me," writes one of the commentators to the tweet, "The disease or cure is killed more".

Another video of the state newspaper Global Times shows similar activity: even a modified rickshaw with a disinfectant cannon mounted on the carriage.

Coronavirus, what are the Chinese sprinkling on the streets?

I still have no idea what exactly the authorities in Wuhan are spraying. A business insider report suggests that the material may be a low concentration bleach and water solution.

The news comes after several draconian decisions by the Chinese, which have already quarantined several cities, blocking about 50 million residents.

The number of infections increases, more than 40.000 cases are now reported (the figure is approaching with chilling accuracy of the estimate of the University of Hong Kong published in Lancet days and days ago).

The number of deaths, over 1000, exceeds those of the previous crisis due to SARS, while the WHO reports that the figures could only be "the tip of the iceberg".

The citywide sterilization campaign is aimed at preventing the coronavirus from spreading overhead. However, some experts have argued that cleaning surfaces in hospitals and markets is a more useful approach.

In any case, with new contagions also in Europe and the possibility that it can be infected even a second time, the pandemic seems to leave the field of "crises" and enter that of planetary emergencies. 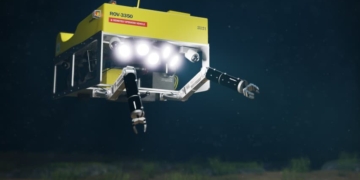 Autonomous robots to map the seabed are becoming more and more intelligent: soon for us the oceans will not have ...