It will help the human crew to carry out tasks and feel "less alone" than the staff on the ground: while Vyommitra travels "alone".

ISRO, the Indian Space Research Organization, hasn't had much luck with its space missions lately. In September, ISRO hoped that India would become the fourth country to take a spacecraft to the moon with its Chandrayaan-2 mission. but the Vikram lander crashed on our satellite due to a trivial braking error (discovered a lot later).

But ISRO doesn't give up so easily. The boss Kailasavadivoo Sivan confirmed in early January that a third lunar mission, Chandrayaan-3, has already received the green light and can be launched as early as this year. An unmanned mission. Indeed, WITH a “special” driver. Or one? And here we come to the story of Vyommitra.

This time, the Indian organization wants to send a humanoid robot named Vyommitra. It is one of the stages of approach of the wider project Gaganyaan, which will eventually send Indian astronauts to space.

ISRO unveiled the Vyommitra robot prototype on Wednesday at a media event in Bangalore, India.

In the demonstration the robot showed his conversation skills. "I can be your companion and converse with the astronauts, recognize them and even answer their questions"he said with an (understandably) strong Indian accent.

At the event, the robot looked more like a conservative businesswoman in a gray suit than an astronaut. Humanoid? Yes and no. For those who dream watching Westworld and (re) watching Blade Runner this is just a moving mannequin.

It is not the first robot to end up in space.

The legless robot Robonaut 2 was launched on the ISS in 2011 and performed stationary experiments inside the boat. There is also Kirobo, the Japanese humanoid robot developed to entertain astronauts and sent to the ISS in 2014.

The robot can also perform operations in place of human crew such as electrical panel operations, according to ISRO chief Sivan. However, even though Vyommitra can talk to astronauts she is not built to be just like them. The robot doesn't even have a whole body like a human. "It's called half humanoid because it doesn't have legs", specifies the scientist of the ISRO Sam Dayal. “It can only lean sideways and forward. He will carry out some experiments and will always remain in contact with the ISRO command center. "

Vyommitra will be on board the unmanned missions that ISRO has planned for December 2020 and June 2021.

Romotow arrives, the camper that looks like a Swiss army knife 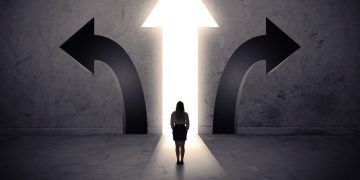 In the post Covid-19 the work of women, especially mothers, will have a hard blow. To avoid meltdowns, the keyword ...