V-Coptr Falcon is strong and silent. The drone of the future shows an unconventional approach and decidedly over the top performance. 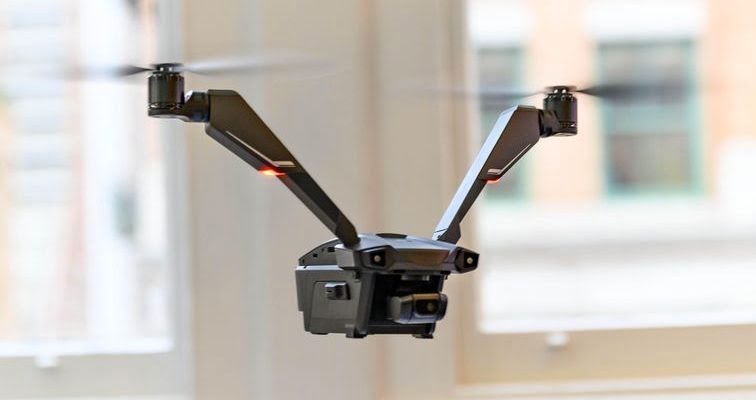 Ready, away, the new decade starts just two days but already pops. Here is a good taste of the talent that will transform the future, because it adopts an evolutionary approach.

V-Coptr Falcon it has a design that really offers many interesting ideas. Developed by Zero Zero Robotics, the drone of the future really introduces a new design direction.

The video alone may already have sufficiently clarified the characteristics and potential of the small aircraft, but I want to write two words equally.

Unlike most drones that deploy anywhere from 4 to 8 propellers, the V-Coptr Falcon only has two. The propellers are able to open to "V" in flight and to re-enter the body of the drone when it is stationary.

With this innovative dual rotor configuration, the bi-helicopter remains equally maneuverable but quieter than its multi-rotor cousins. Thanks to a special design of the blades, which lets the air flow in a much more natural and discreet way.

V-Coptr Falcon, the drone of the future with its head on its shoulders

V-Coptr Falcon is equipped with a SNPE neural network engine that allows to detect environments in real time, allowing it to actively recognize objects and avoid collisions during flight.

On its front is mounted a 3-axis mechanical gimbal which incorporates a 12 megapixel CMOS sensor camera. With this equipment, V-Coptr is able to take photos, shoot videos in 4K, fly for 50 minutes and transmit images in HD quality up to 7 kilometers away.

An unconventional jewel that sets new standards and makes all lovers of small autonomous and semi-autonomous aircraft dream.

Who knows, maybe one day the "jumbo" version of this drone of the future will be a flying taxi or a rescue uav. 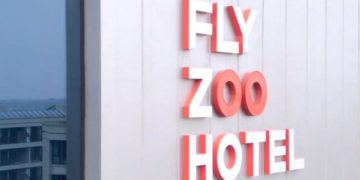 Earlier this year, the Chinese e-commerce giant opened its Flyzoo hotel, described as an "ultra-modern boutique with 290 ...