A speculative and provocative paper by a team of European academics explores the possibility of living in houses made of mushrooms. Living building.

Imagine rolling out of bed onto a floor of living mushrooms that cushion your fall. The walls and the ceiling: no, wait, THE ENTIRE CONDOMINIUM, even the plumbing and electrical systems, are made of mushrooms.

Wood and concrete are remnants of a distant past: the whole damned city, from schools to shops, hospitals, is in houses made of mushrooms. Living organisms that grow, or die, or regenerate.

This is the vision shown in a new paper which I personally found really provocative. The team of European academics that proposed it claims it is the first ever exploration of the potential of the living mushroom as a raw material for futuristic and ecological “monolithic structures”. According to them, it would revolutionize the entire environment and the economy as we know it.

"We propose to develop a structural substrate using live fungal mycelium", reads in the document. "Fungal buildings will grow by themselves, build and repair themselves."

The idea is a truly creative response, I say this as an insider, to the prospect of catastrophic climate change.

"Fungal materials can have a great variety of mechanical properties that mimic many materials: from foam to wood, to polymer, to elastomer". That's what it says Han Wösten, microbiologist at Utrecht University in the Netherlands, co-author of the paper (not yet peer reviewed).

“The fact that we can produce wood-like materials means that we can also use it for construction”.

Mushrooms in construction, fascinating but not new idea

Fungal architecture is not a new idea: other research groups have explored the idea of ​​growing building materials from mycelium and also from other living materials. Beyond the fact that mushrooms are surprising for many other reasons.

NASA, for example, is currently trying to figure out whether mushrooms can grow on Martian soil, to obtain an inexpensive way to grow space habitats locally.

All the projects already seen, however, all involve killing the fungus after its growth. A process that makes it even more robust as a building material.

So far, experts from the study say, no one else has explored the possibility of building monolithic structures from living mushrooms. Okay, okay. They seem very interested in affirming the birthright of this idea.

"The strength of our materials is that they are biodegradable, and thus contribute to a circular economy", said Wösten.

Mushroom houses: if they biodegrade, how do we live in them?

Wösten also has an answer to this question: to prevent mushroom houses from collapsing on our heads, we should coat them. A bit like wood, which we reinforce with lacquer and oil to make it more resistant and protective.

With a cladding, says Wöste, fungal architecture would stay alive: an architect could rejuvenate it by watering it with plain water and trigger further growth if repairs or changes were needed.

Thanks to the coatings, the team says, the mushrooms could also be used to harness the internal structure of the mushroom's capillaries to pass through a building's plumbing, electrical connections or other.

It is good to note, before being tempted to call Gargamel and ask him to wipe out the entire team, that much of the research is quite speculative.

Andrew AdamatzkyA computer scientist who also physically drafted the document said the team is working on building fungal versions of circuits and other electronic devices.

He admitted that conventional threads are cheaper and easier to work with, but added that "Living circuits in mushroom houses will be self-growing, self-assembling and self-healing, which no traditional circuit can do."

This is really a challenge. More than anything else the opportunity to explore a physiology, indeed a construction biology.

The hypothesis that buildings can somehow grow, self-repair, adapt is suggestive and multiplies the efforts to create a circular economy also for construction. 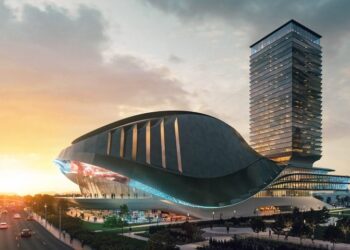 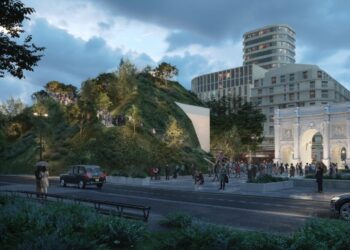 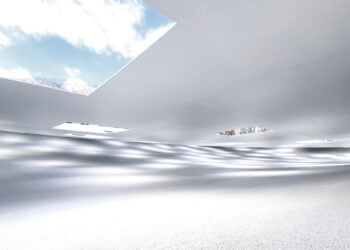