There are still doubts as to when and how often women should have mammograms to prevent breast cancer? Studies clearly show that screening can lead to early diagnosis of the disease when it is most curable.

For this reason, improving the effectiveness of mammograms capable of detecting potentially cancerous anomalies is a top priority. And that's where Google's AI comes in.

In a study published January 1 in NatureGoogle Health and University and US and UK researchers illustrate an AI model that reads mammograms with fewer false positives and false negatives than human experts.

The artificial intelligence model also reduced false negatives in mammograms by more than 9% in the USA and almost 3% in the UK.

"Reading mammograms is a perfect task to be entrusted to machine learning and artificial intelligence", says dr. Mozziyar Etemadi, assistant researcher professor of anesthesia and biomedical engineering at Northwestern University, one of the co-authors of the study.

“Artificial intelligence excels when it has to do the same thing over and over and has to find the one thing that could appear once in 10.000. But I honestly didn't expect it to work much better than doctors already. I was surprised."

In another study, a machine had beaten over 101 radiologists in reading the scans. This recent study is one of the most statistically significant to date given its large dataset and the fact that the artificial intelligence model has surpassed doctors.

Once the team learned that AI could be trained to effectively read mammograms on both the US and UK datasets, they ran another test. He trained the algorithm on US data and then applied it to UK cases and vice versa. Again, the results were better than those of the doctors. “It's encouraging because in the real-world situations in which to employ these models, that's exactly what's going to happen. It will be used on populations for which it may not necessarily have been trained ", he claims Shravya Shetty, Google Health technical manager.

An advantage of the Google platform is its processing power. As the resolution of mammography images has improved in recent years, they have become so full of data that the human eye (even one belonging to a highly skilled radiologist) may not be able to process them fully. Google's computing power allowed the algorithm to process almost all available pixels.

In order for an artificial intelligence algorithm to recognize abnormal lesions in breast tissue, the model must be trained with a huge number of mammographic images. The more we have, the better.

For now, experts see (as it should be) AI as a support for radiologists who read mammography images, rather than as a substitute.

For example, artificial intelligence models could perform the first pass of assessments, leaving the experts, who have other valuable information such as a woman's family history of cancer, the task of interpreting more difficult cases.

“Healthcare is squeezed as patient numbers increase and the time doctors have to observe to evaluate patients is reduced. This is why tools like these are what every doctor expects ", says Etemadi.

“We just need to understand better when tools like AI help and when they're superfluous. We will find the right mix of technology and the human side that improves assistance and makes it more efficient. " 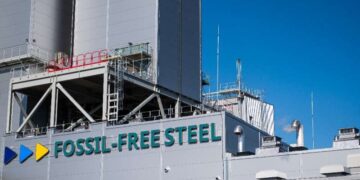 Green steel: is it true glory? Methods are flourishing around the world to cut emissions from the main heavy industry by pollution, but ...

Istanbul Canal: Erdogan's dream, the nightmare of the city