di Gianluca Riccio
in Weather, transhumanism
Send to FacebookPin on PinterestSend on TwitterSend on Whatsappon Linkedin 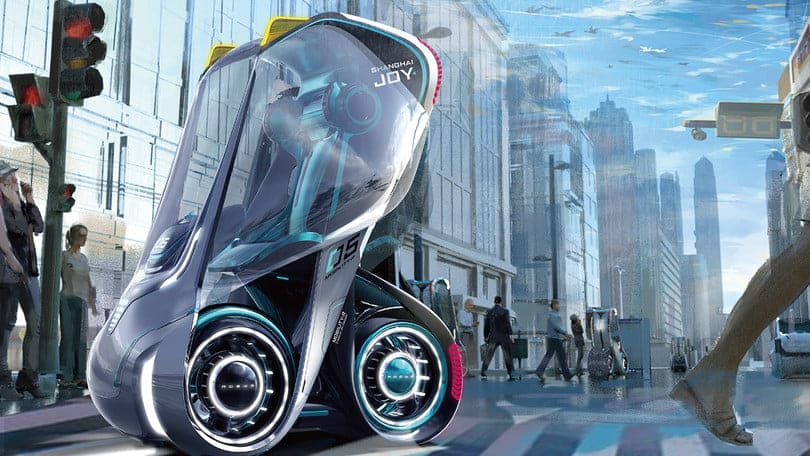 Never before has the world reached a crossroads. It can end in war and suffocate itself with poisons, or be reborn with technology and ethics. Here is the possible future in 15 years.

It's hard to come up with a post like this after an almost sleepless night overhearing the echoes of a war. But if we don't take the future to heart on days like these, when can we do it?

From today to 2035 the fate of this century is at stake: the future in 15 years will tell us which road this planet took to the crossroads. It can take a disastrous one, with a palingenesis without certainties. Or prepare peace, well-being, equality and longevity for all.

What can the future hold for us in 15 years?

Imagine a planet where we can "talk to each other" without any telephone, listening to a distant interlocutor directly to our ear thanks to neural devices. An "electronic telepathy" which brings us even more immediately, and lays the foundations for a human network. A global intelligence, the first technologically connected species.

Imagine a planet where robots (finally) take care of monotonous manual tasks, and even more: they arrange our beds, wash and iron, or separate the dishes in the dishwasher.

A planet where intelligent security systems make it more difficult to commit crimes and easier to arrest those who do. (This solution contains ethical doubts).

A planet where a new sensitivity emerges from technology. A universe of ideas that do not distance us from humanity but allow us to fully enjoy it, and to explore ever new boundaries.

Where the only social gap to be bridged is that between humans and cyborg: those who choose to live in their natural state, and deserve protection, and those who choose to increase themselves, who is a bionic arm or an implanted chip, and they need respect and attention.

In short, the future may be different from the bleak dystopian society told by series like B.

Earth can enter a new Renaissance fueled by ethical technology. A movement that transforms the economy, politics, energy, medicine and transport.

"We are at a particularly critical time in human history due to the degree of power that technology is offering us", says Ross Dawson, futurologist and international author who studies future trends and global changes. "Technology is amplifying our capabilities."

We will see the birth or development of many technologies. From the use of robots capable of performing extremely complex and sophisticated domestic (and professional) tasks to the adoption of technologies that integrate machine and man and allow us to increase our senses and our intelligence.

For Dawson, this is the area where the deepest change will occur. “We have now reached a stage where the powers of technology have allowed us to change who we are. We are essentially becoming more than human ”.

Technologies already present but still not widespread, from brain-machine interfaces to exoskeletons that allow paralyzed people to walk. Incidentally Neuralink, the company of Elon Musk, plans to implant neural electrodes in paralyzed people by 2021.

The most daring pioneers of transhumanism are advancing on unknown terrain by performing the body biohacking with sometimes bright and other unsuccessful outcomes, from young blood transfusions to the use of CRISPR genetic editing technology to transform DNA.

In 15 years, these will potentially be the main technologies. They will give birth to a new generation of "intelligent" humans capable of engaging in brain-to-brain communication through implanted neural interfaces. Other "superhuman" traits (ultrasound hearing such as bats, ability to easily lift a car) will emerge in parallel.

A radical blurring of the boundary between man and machine will raise bioethical and philosophical questions about what it means to be human and act as a polarizing social force, dividing those who "augment" from those who will not or will not.

"These devices will be expensive," says Dawson, "Then the people who have more resources will be able to increase their skills by further strengthening their social privilege."

All of this change will be disruptive. It will raise problems above all in terms of security (will neural interfaces also allow malicious people to steal our conversations, in the future even thoughts?). A big risk will also be the erosion of privacy with ubiquitous surveillance, already seen in China (but not only) with incredible facial recognition software.

And then the age-old question of employment: the World Economic Forum estimates that 65% of today's children will work in jobs that don't yet exist.

Will we end up being replaced by machines?

It will never happen. Yes, machines will continue to outperform humans in many tasks (for example today you can no longer beat a chess computer, for example). But there are uniquely deeper, wider and larger human capacities than many believe. They may be partially simulated, but they cannot be replaced.

These qualities include everything: from our intrinsic creativity to our extraordinary synthesis ability. The intuitive talent that brings us great revelations in a way that we don't even know fully yet, let alone robots. We are able to see the world around us, understand how we can use context to make decisions, and apply our ethics.

So no, I don't think the future in 15 years (nor ever) will lead us to a moment when we will transcend all human capacities.

Because there is no technology without humanity

Dawson sounds an important warning. The innovation of transhumanism may be part of our DNA, but we must ensure that we remain at the center of what we create, from technology to new ways of working through economic, social and political systems.

"I believe we can design a society that truly recognizes and supports human capabilities in a way that allows us to thrive and discover our potential as human beings."

In short, tomorrow is what we will make of it, drawing inspiration from experience and ethics to shape a just future. A place where we want to live and not a tragedy.

Hydraloop recycles the house water and halves the bill