Take this hand, Bezos, and tell me what receipt I will have. Amazon manual scan is the latest effort to facilitate payments: does it also read holey hands?

Take this hand, Jeff, and tell me what a receipt I will have.

According to reports from Wall Street Journal, Amazon is developing a payment option that involves manual scanning.

The absence of comments from Amazon has not dispelled the doubts about it. But what is it exactly? The WSJ claimed that Amazon is working to link credit and debit cards to the unique and counterfeit map of our hand lines. The payment system would be indicated above all for cafes, restaurants and other commercial activities with rapid service or repeated transactions.
Amazon is working with Visa to test the technology and is also in talks with Mastercard. The two hubs also did not respond to requests for comment.

The news follows one September 2019 news The New York Post, according to which Amazon was testing paid scanners at vending machines in its New York offices, planning to implement the payment option at some Whole Foods locations in early 2020.

A document Amazon Technologies , the electronic production arm of the Mumbai-based Jeff Bezos company, describes a manual scanner capable of capturing images of users' palms with wrinkles and even "deeper features" such as veins. The document suggests applications in shops, libraries, hospitals and offices, adding that it can be used in combination with point of sale devices.

"The user can present his hand to a scanner to provide an indication of the intention and authorization to pay with an account associated with the identification data"He said among other things.

Manual scan: the easier it is to pay, the more you pay

The manual scanning system is yet another effort by Amazon to eliminate the queues at the checkout and push towards financial services. These include stores Amazon Go cashless, now 24 in four US cities, the Amazon Pay service, which hopes to capitalize on consumers' growing willingness to pay with their voices, and other initiatives ready in the near future.

Meanwhile, the Chinese e-commerce platform Alibaba has debuted with a similar technology smile-to-pay , which allows users to authenticate payments with face scans, in a concept restaurant of the fast food company Yum China. In short, pay and smile friend. Smile and pay. 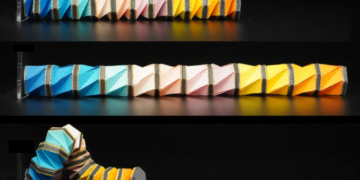