Syd Mead has not only "seen" the future in many ways, but has helped build it. He leaves us one of the greatest conceptual artists of our time.

At his home in Pasadena he said goodbye yesterday, at the age of 86. Industrial designer, conceptual artist and futurist, he has helped create the look of numerous science fiction films such as Blade Runner, Tron, Aliens and Star Trek.

"Syd Mead left us alone surrounded by a sweet fire, Christmas decorations and many works of his genius", said his manager and partner Roger Servick from official website of the designer.

His final words were: 'I'm done here. They're coming to take me back. '

Il founder of Tesla Motors paid the first tribute to the artist by writing on Twitter: “Rest in peace Syd Mead. Your art will resist ”. Mead's work in the famous 1982 film was a great inspiration for Musk's Tesla Cybertruck, an electric vehicle made to look like a cross between a pickup truck and a stealth fighter.

Syd Mead's role in shaping science fiction cinema was irreplaceable. He had an extraordinary ability to visualize the future, and in some way to "provoke" it.

He was one of the most influential conceptual artists of our time. His visions and illustrations of future technological worlds will remain as essays of his great imagination.

Mead, born in July 1933, served in the US Army when he came of age. He then attended art school in Los Angeles, where he graduated in June 1959.

His career began at Ford Motor Company, where he began designing vehicles before launching his own company, Syd Mead Inc, in 1970.

From his office Syd Mead literally “distributed” the future one work at a time.

He has designed interiors and exteriors of homes, international hotels, vehicles and public spaces. Then, in the late 70s, he moved to the cinema. In addition to the aforementioned Tron and Blade Runner, Mead has “built” Time Cop, Johnny Mnemonic, Mission Impossible 3, Tomorrowland and more.

Mead exercised his extraordinary talent until the end: his "retirement" dates back to just 3 months ago, in September 2019, after 60 years of tireless work.

Goodbye Syd. See you in the future. 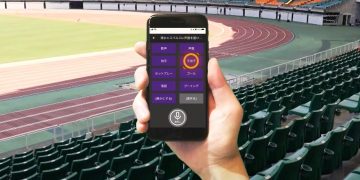 The restart of Serie A puts us in front of a near future of matches without spectators. Yamaha creates Remote Cheerer, an app ...