A team at Stanford updates its plan: the (expensive) method that brings 143 countries to clean energy is now achievable in just 30 years. Who will listen?

A Stanford team has come up with a way to completely bring 143 countries to clean energy sources by 2050.

The plan, published in One Earth magazine last week, is a revised and corrected version of another report from the same Stanford team that included fewer countries though.

The cost of switching everyone to clean energy: 70 trillion euros (73 trillion dollars)

This is the exhibition figure necessary for the complete transition and development of the plan within 30 years. Part of this money would go towards the implementation of new “collateral” technologies, such as those that make freight transport and long-distance travel cleaner.

Still, the researchers say, this prohibitive cost would pay for itself within seven years, and create millions of jobs.

And it is also a "slow" plan

If a full transition to clean energy by 2050 may seem aggressive, consider the fact that for the Stanford team it would be the "slow" version of the plan. Researchers believe that the transition could be completed earlier.

Clean energy, you could get earlier

"We concluded in 2009 that a 100% clean energy transition by 2030 would be technically and economically possible"Stanford lead author and engineer said Mark Jacobson. In other words, the plan could be completed in 20 years. If it starts next year, it could be completed by 2040.

"But for social and political reasons, a deadline in 2050 is more practical," he says.

Let the “lazy people” know that even at the last climate conference in Madrid they returned home with ZERO plans.

I have an idea that they would like to take it much easier to bring the whole world to clean energy.

Too bad the world doesn't have all this time to waste. 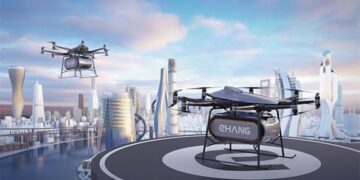